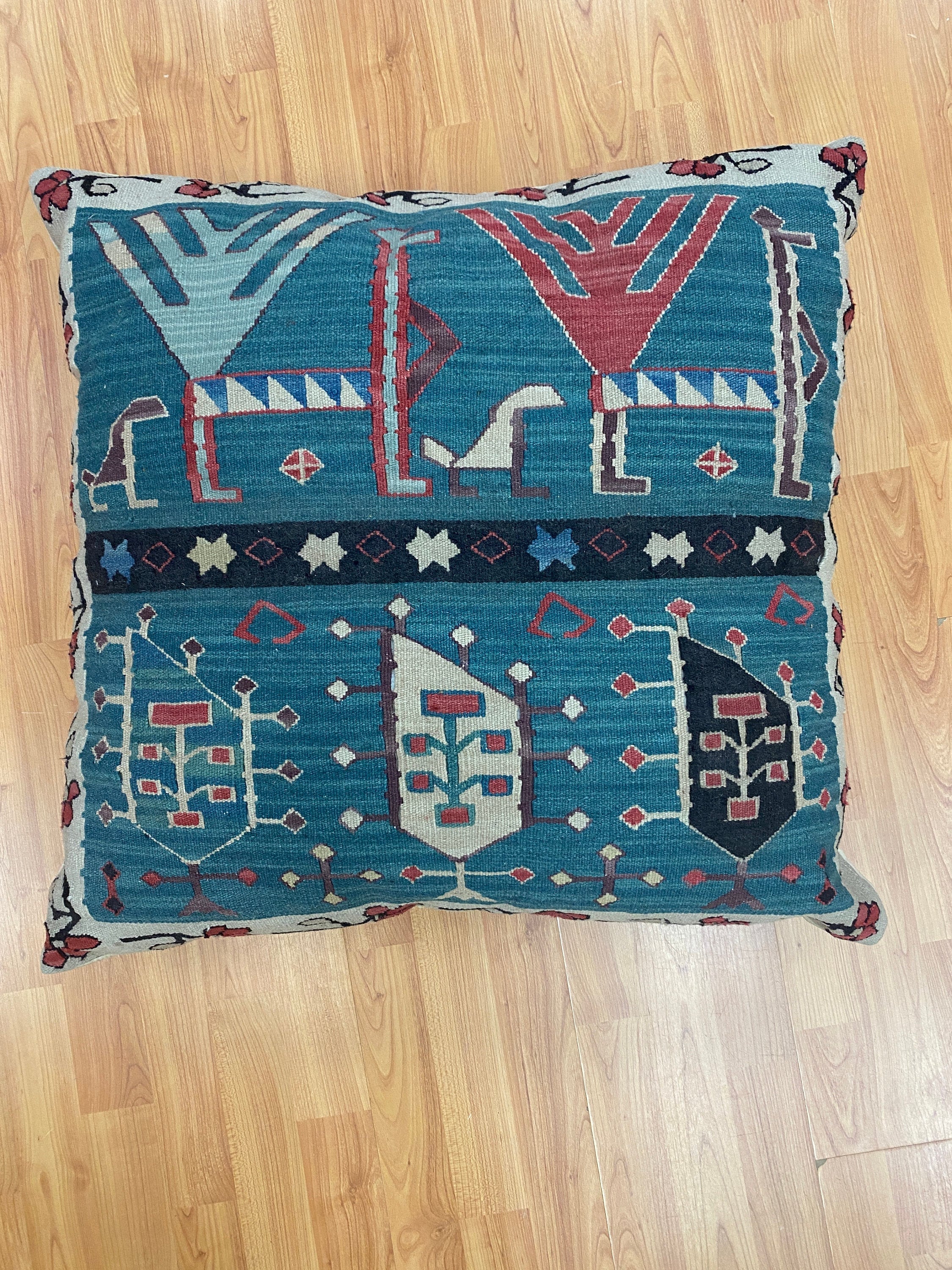 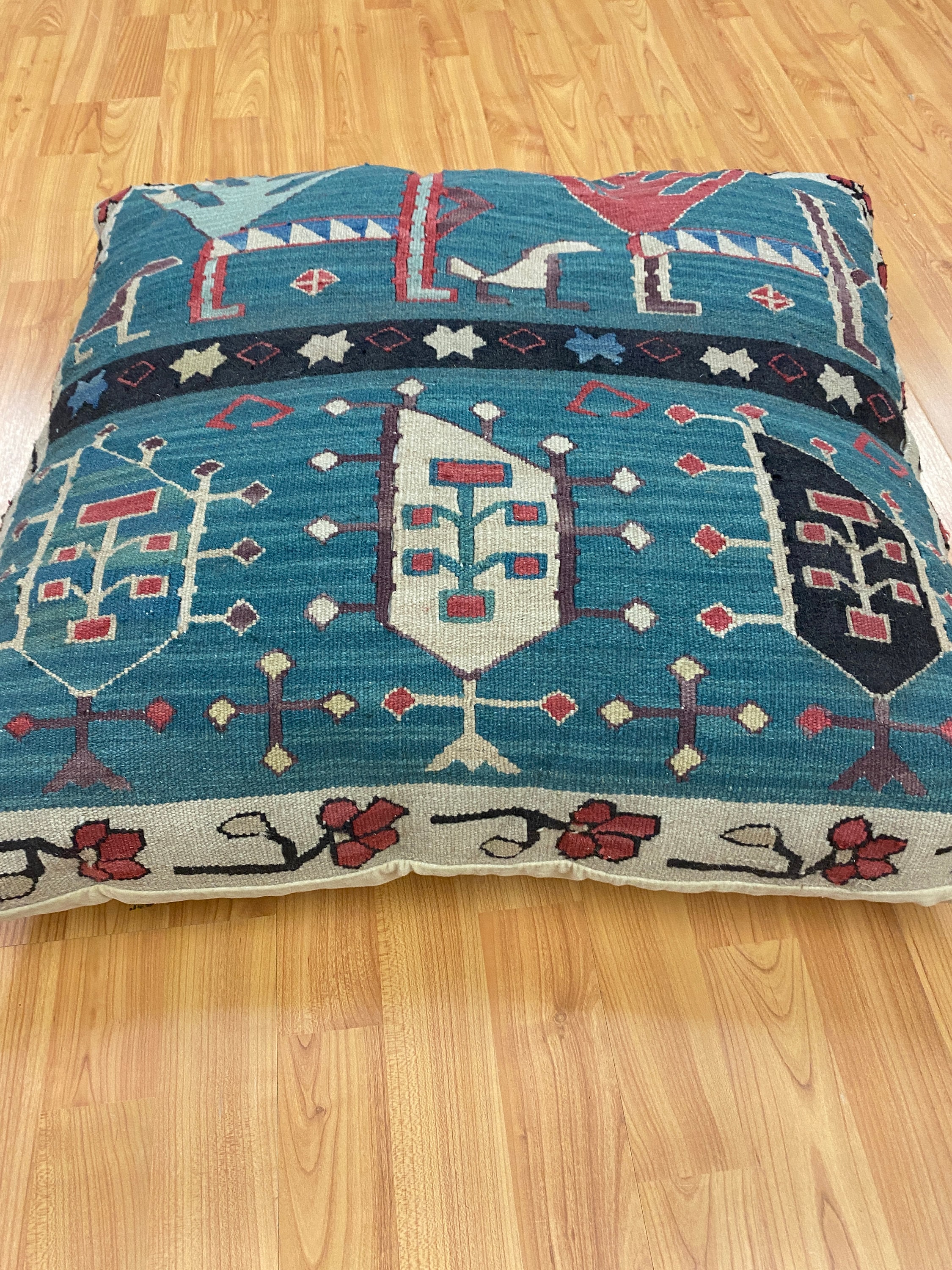 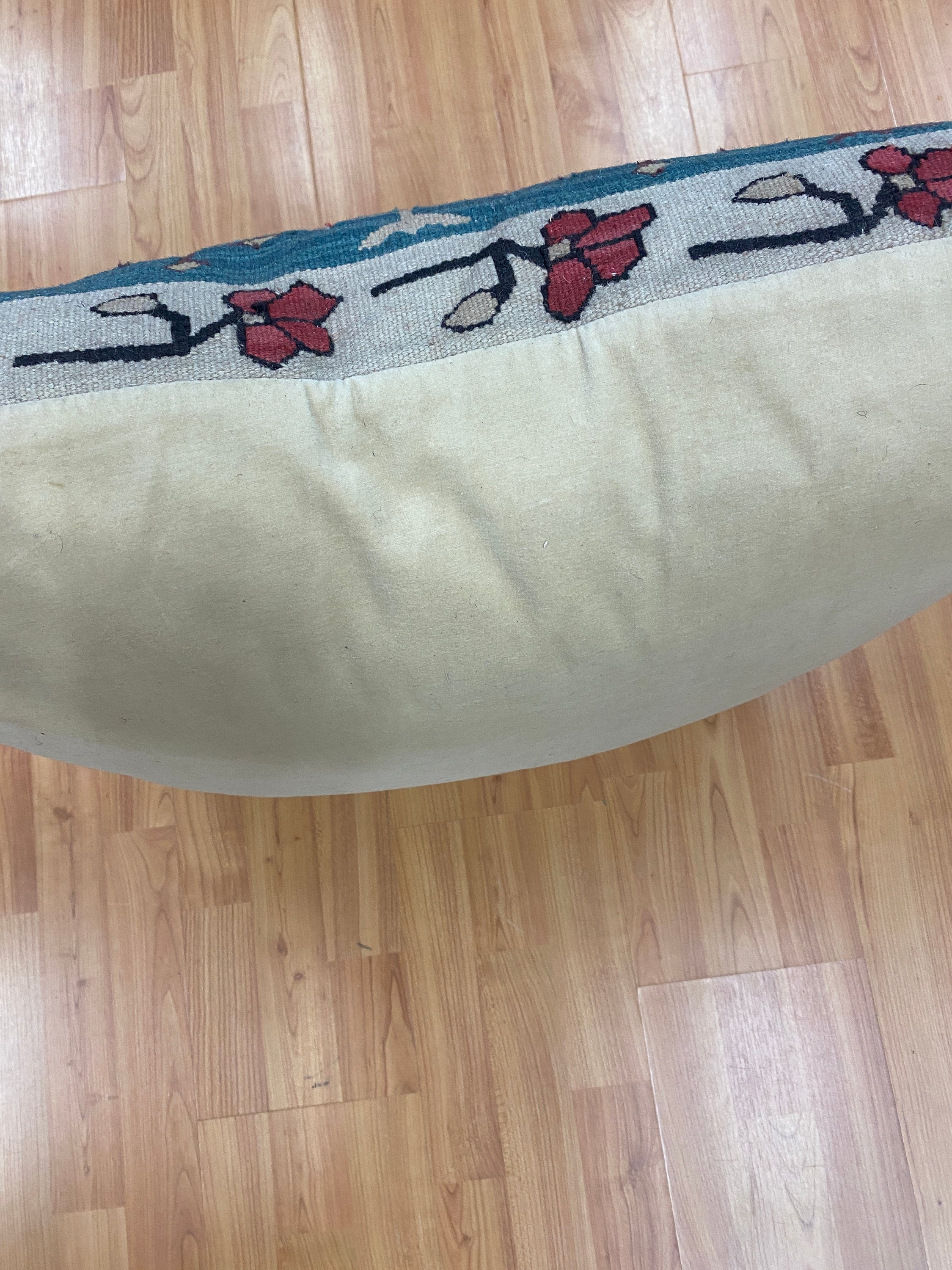 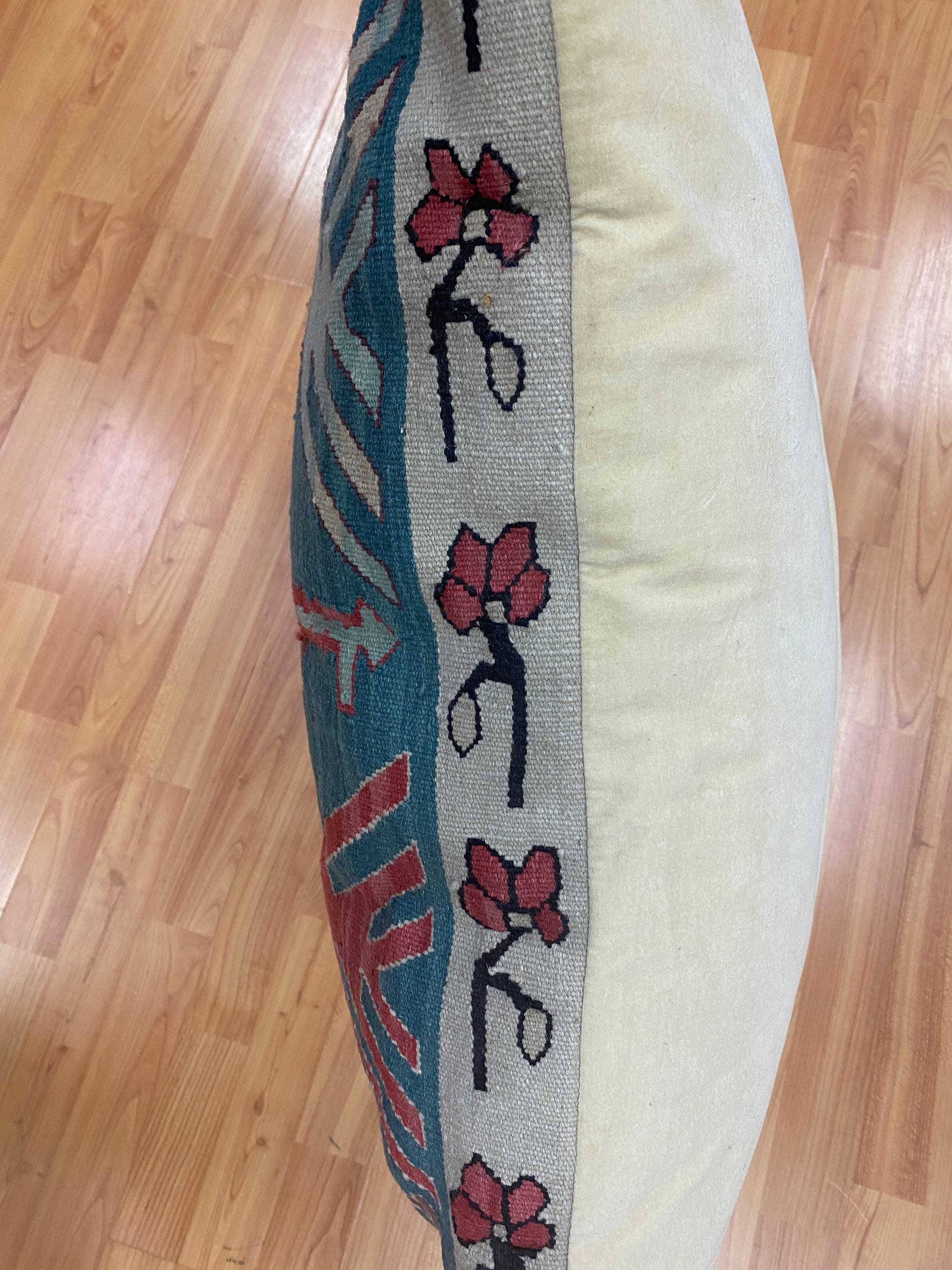 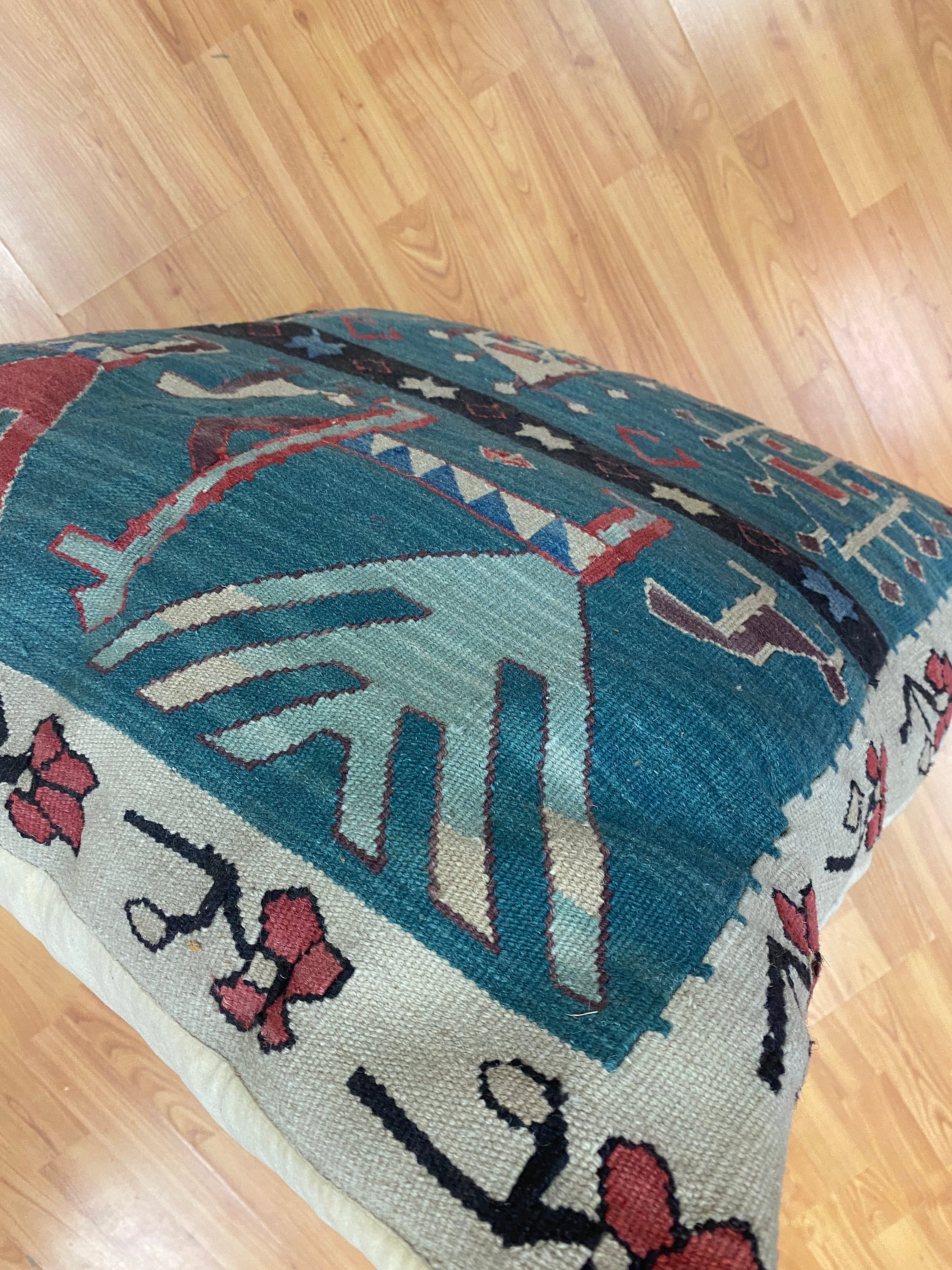 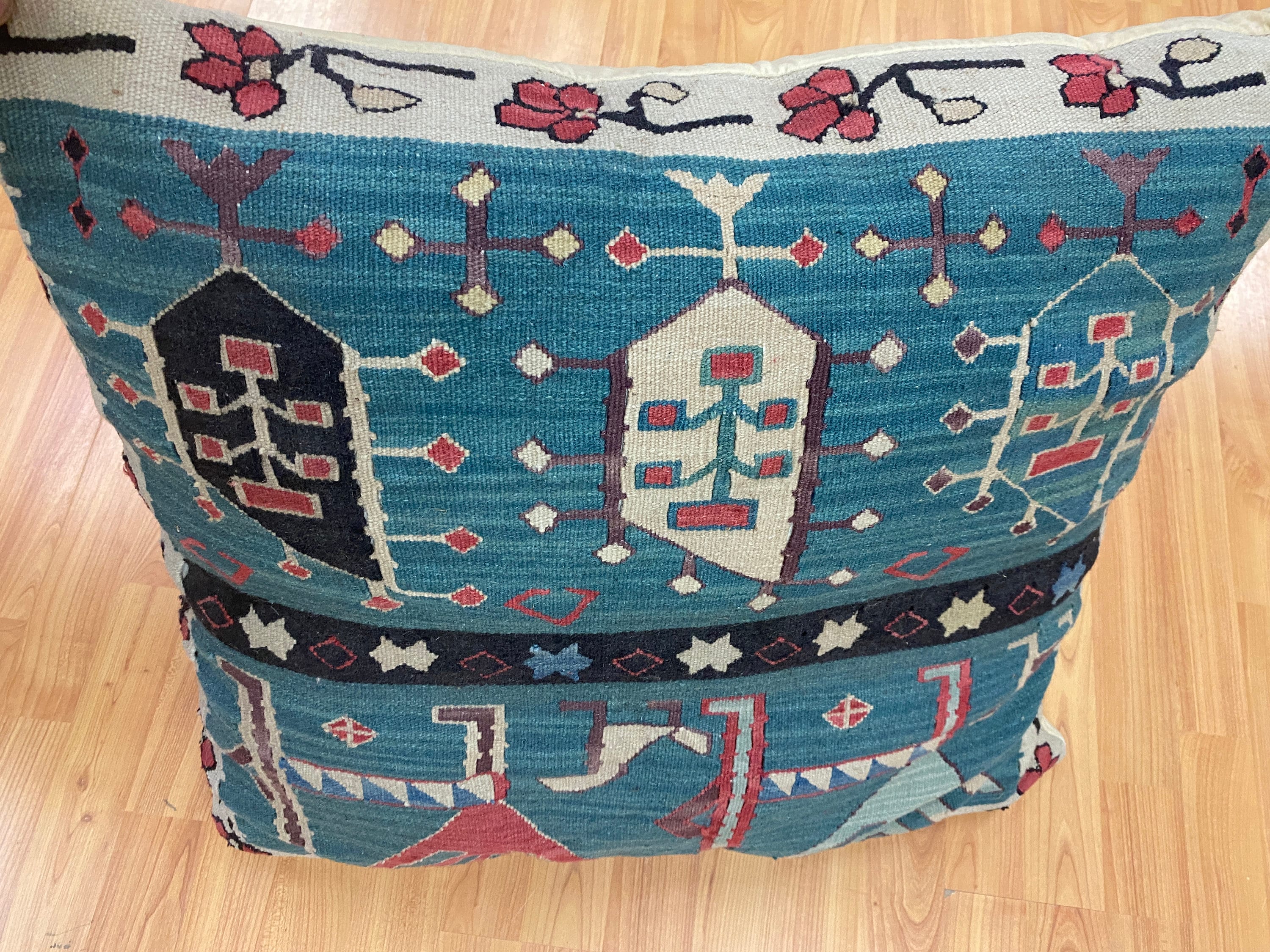 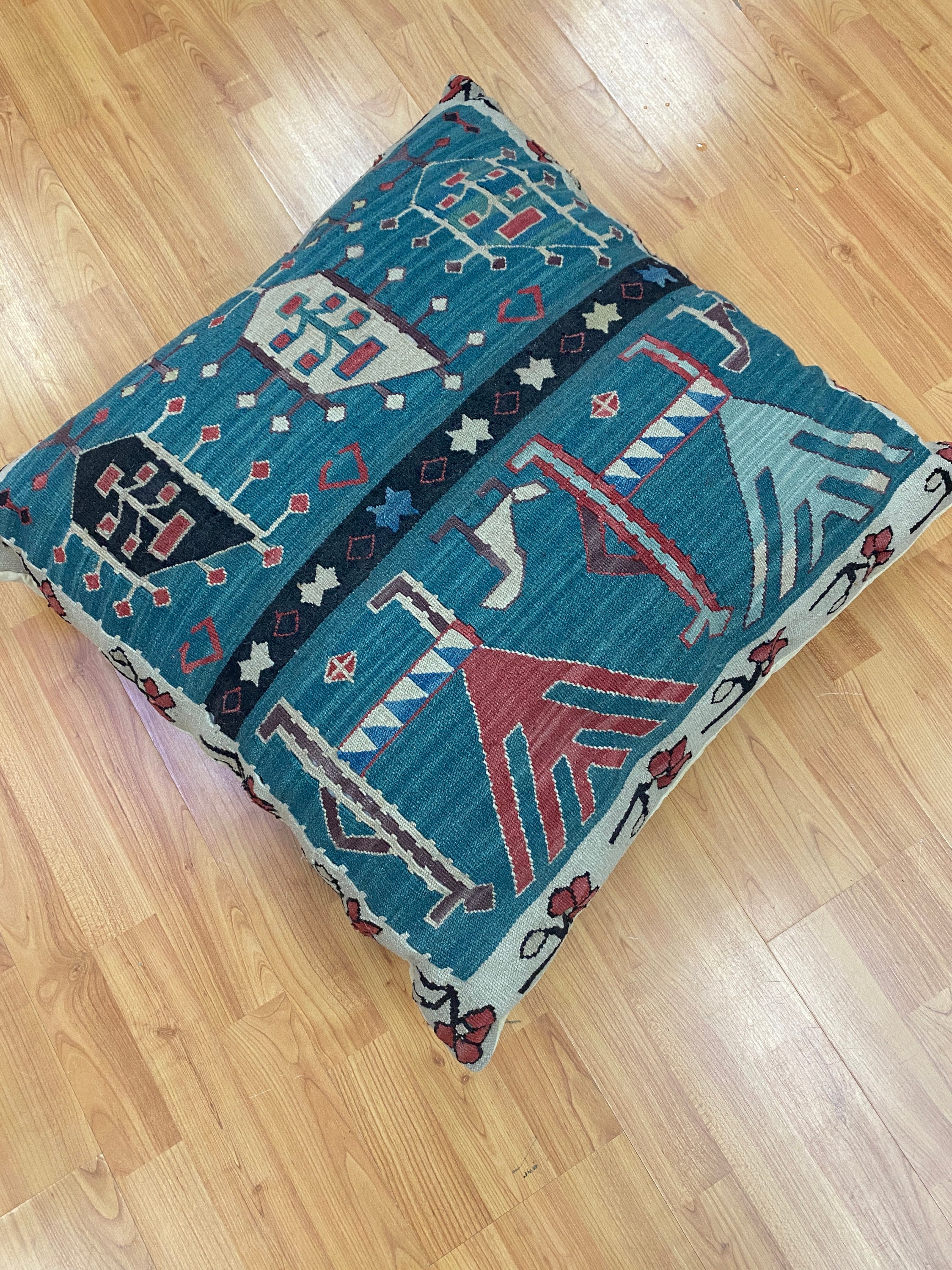 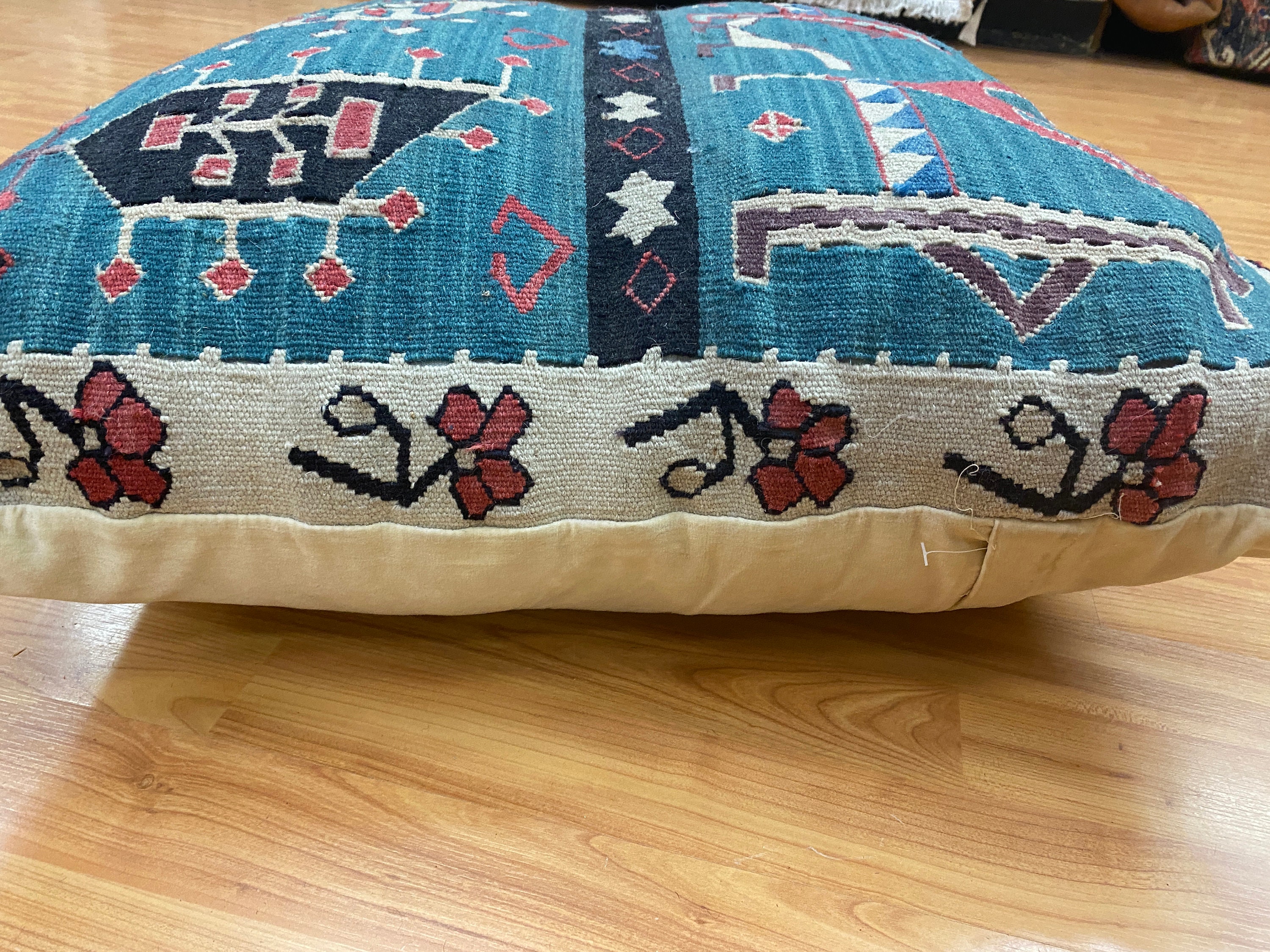 This is a set of two  24" x 24" Turkish Kilim Pillows. These one of a kind pillows are hand made and in good condition.