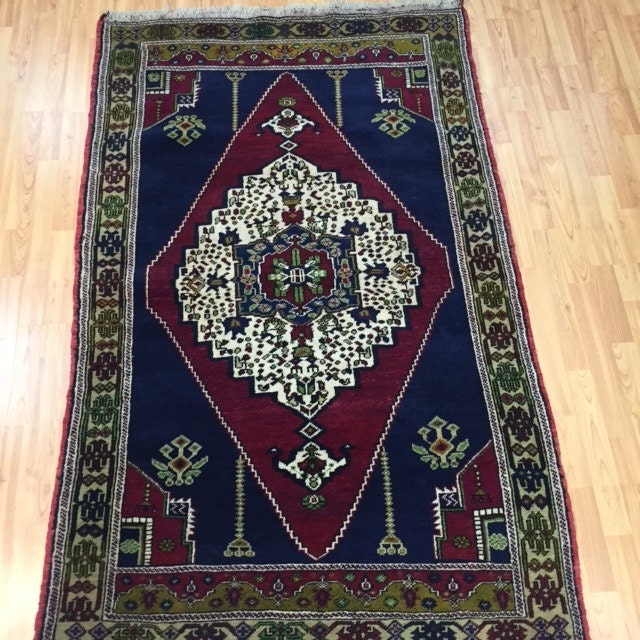 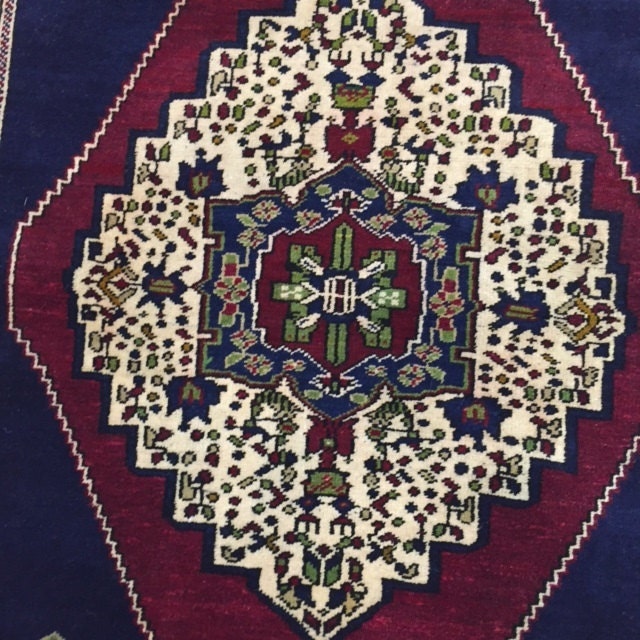 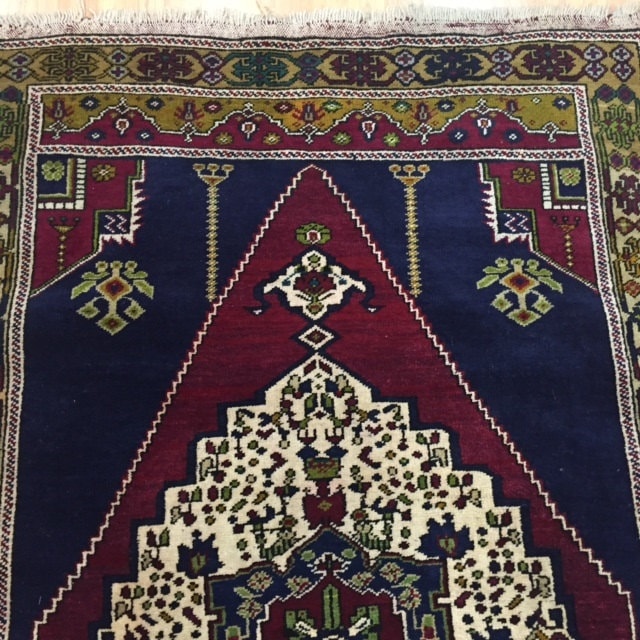 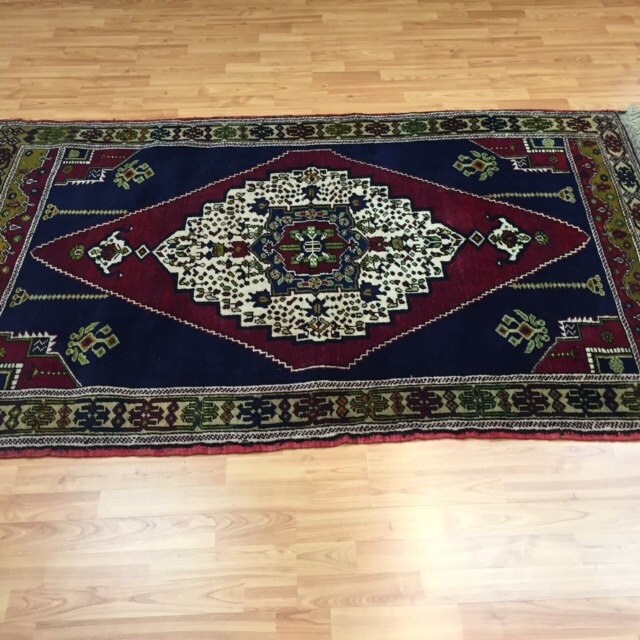 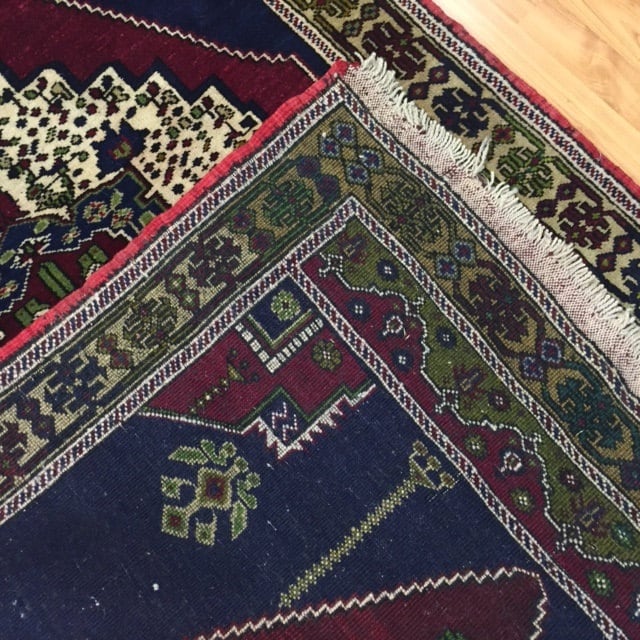 This is a beautiful Oriental rug is a 30 year old 4' x 6' Turkish Serapi. This hand made Turkish rug is made with 100% wool, has a full pile and is in good condition.