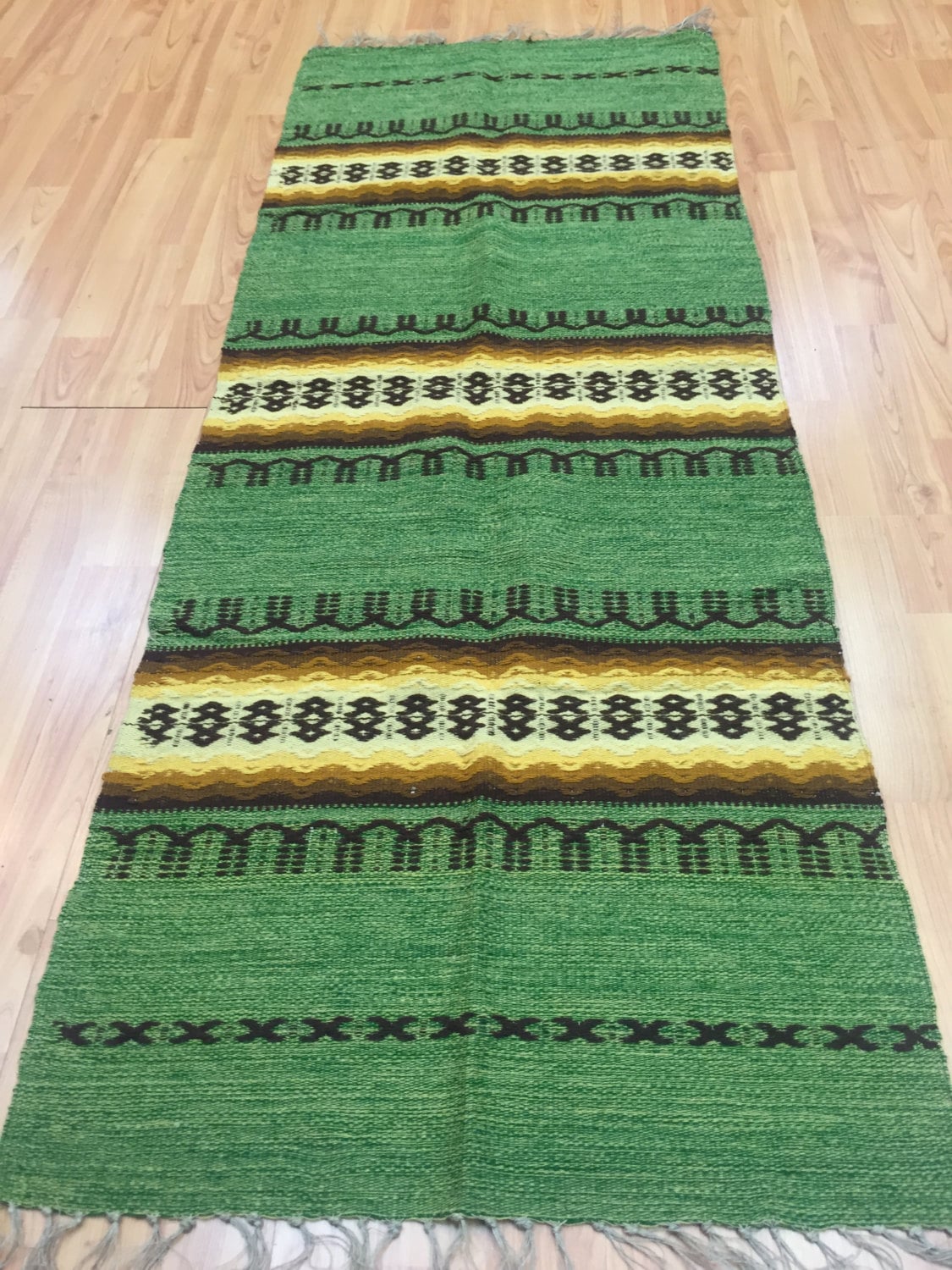 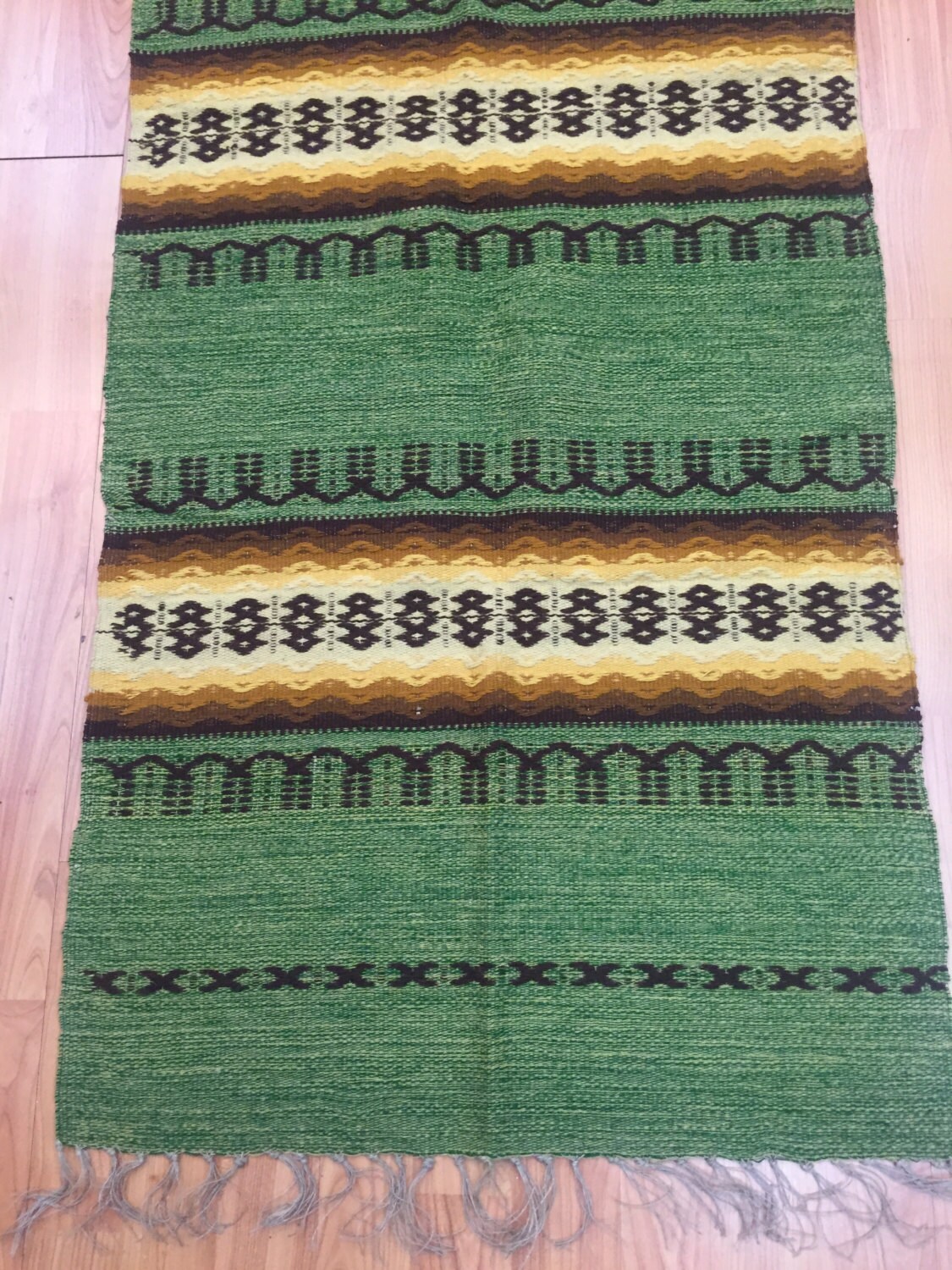 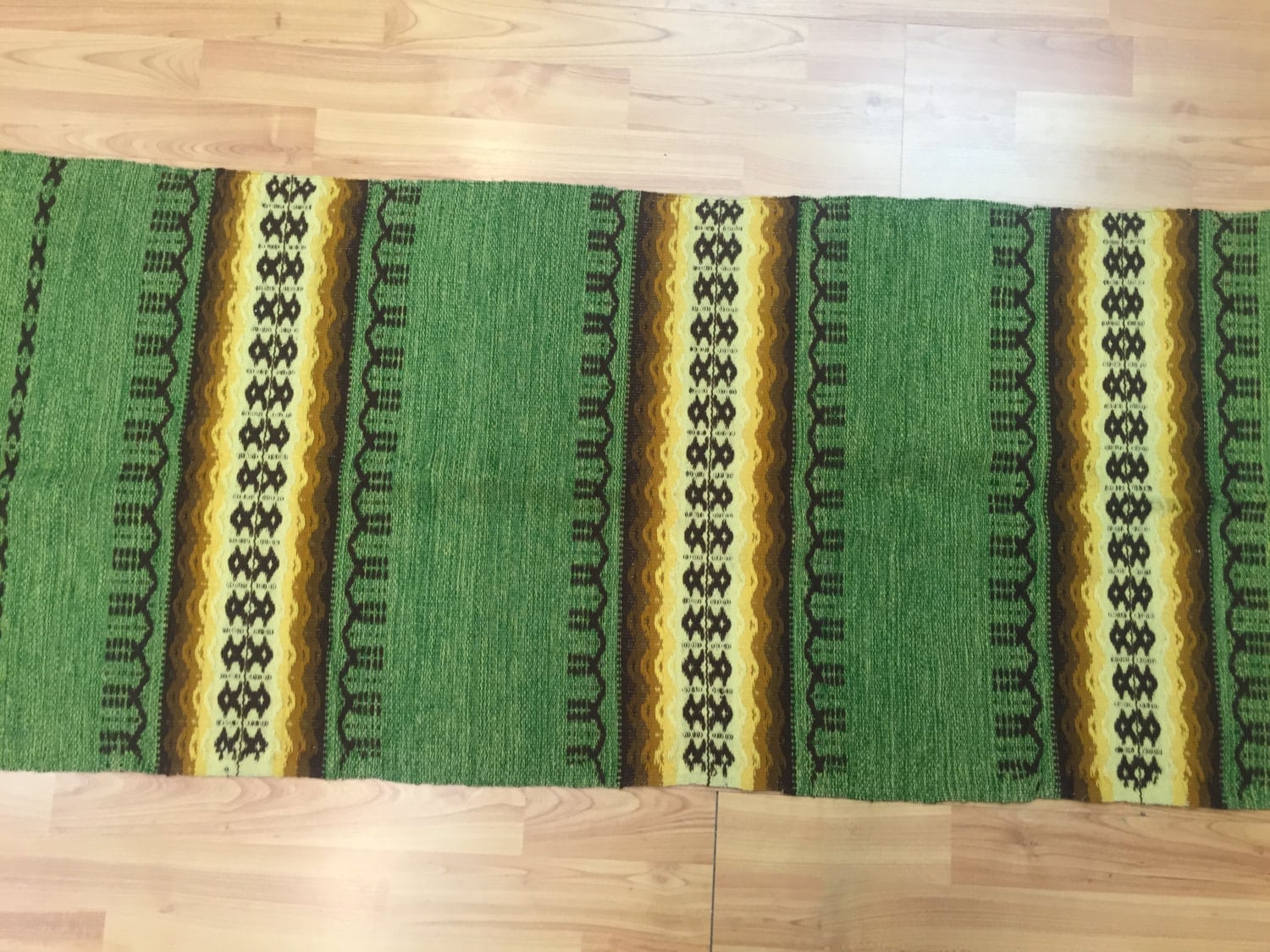 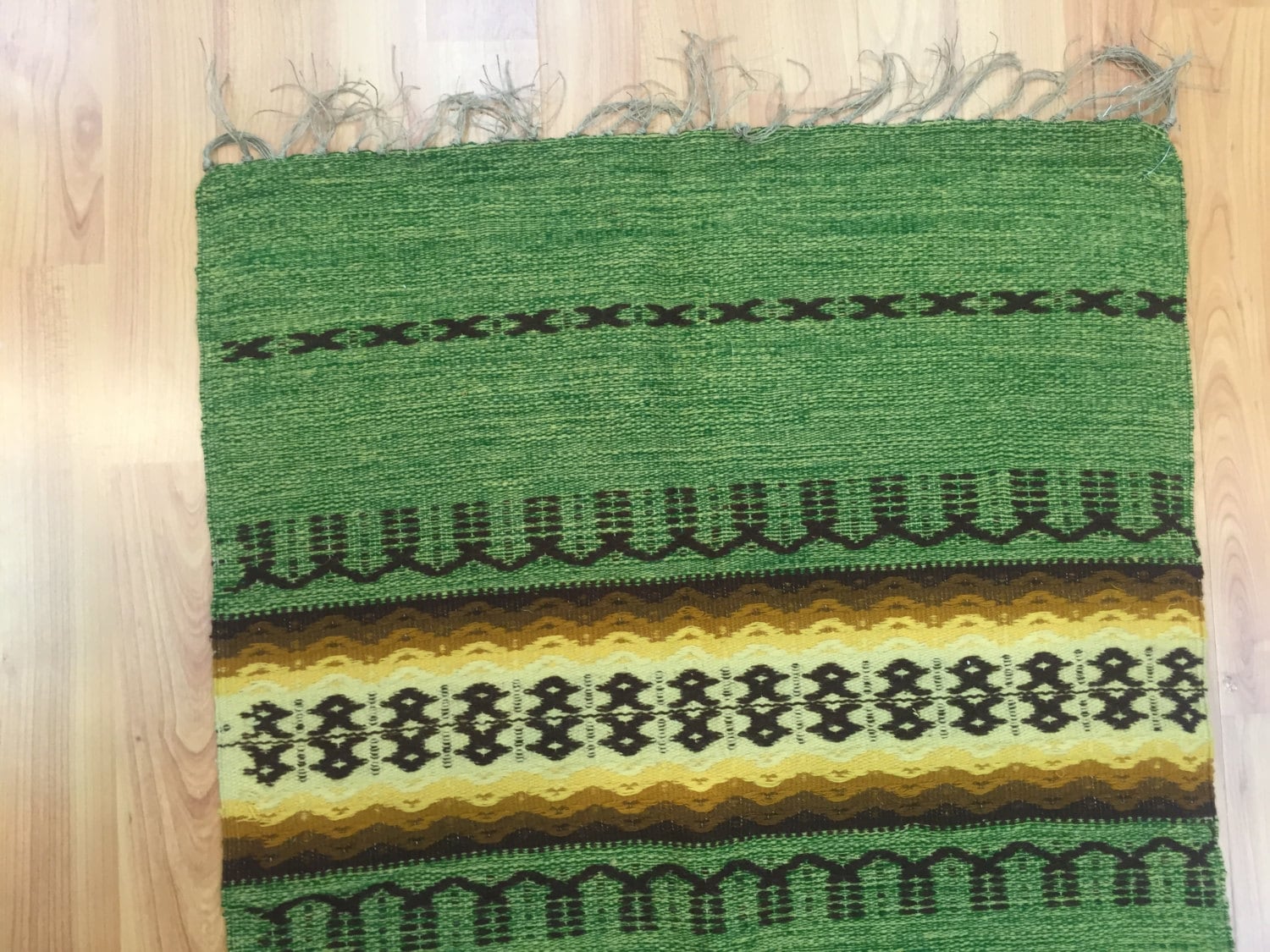 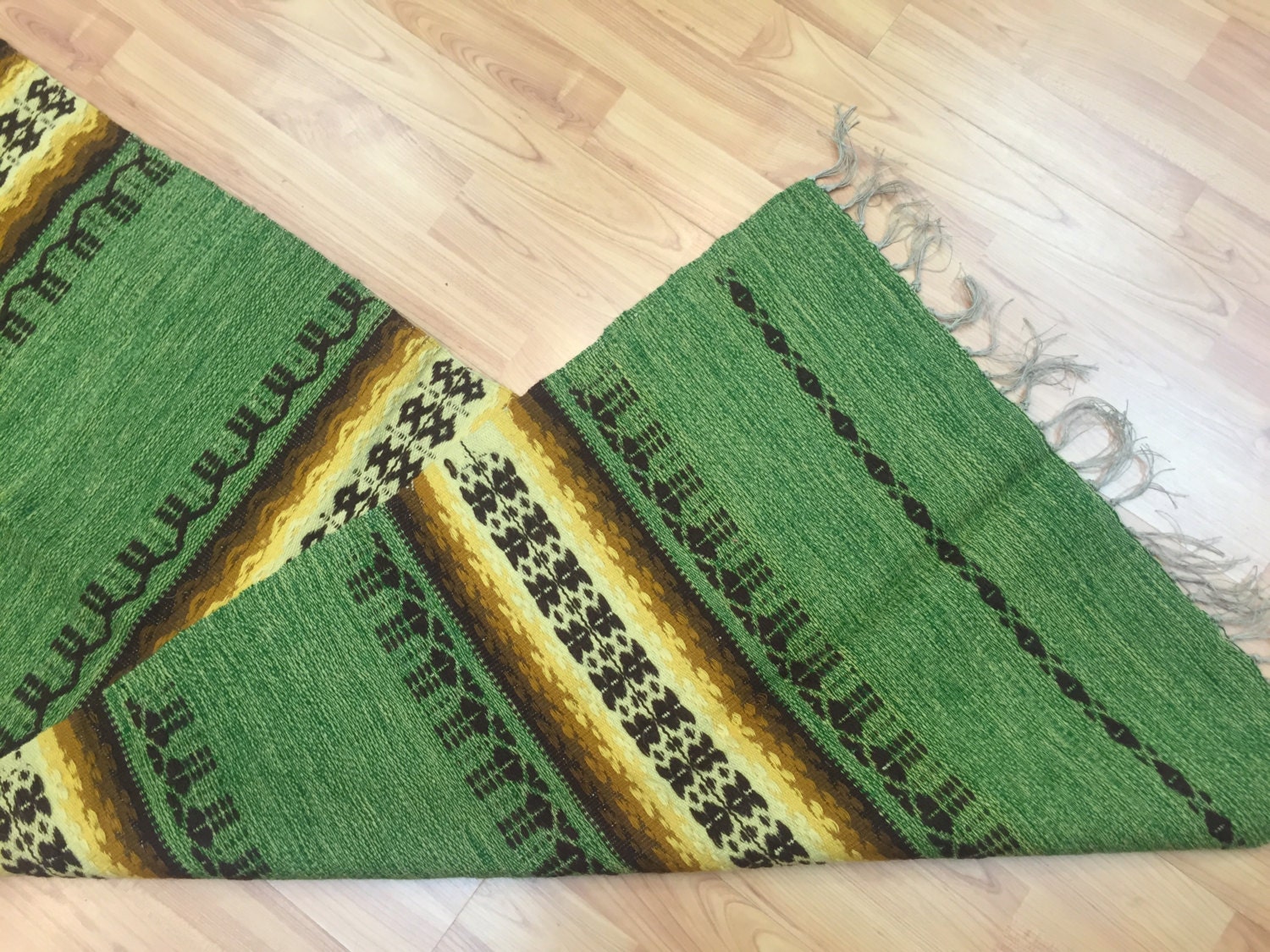 This beautiful rug is a brand new 1'10" x 4'10" Mexican flat weave Kilim with a geometric design. This hand made Mexican Kilim rug is made with 100% wool.