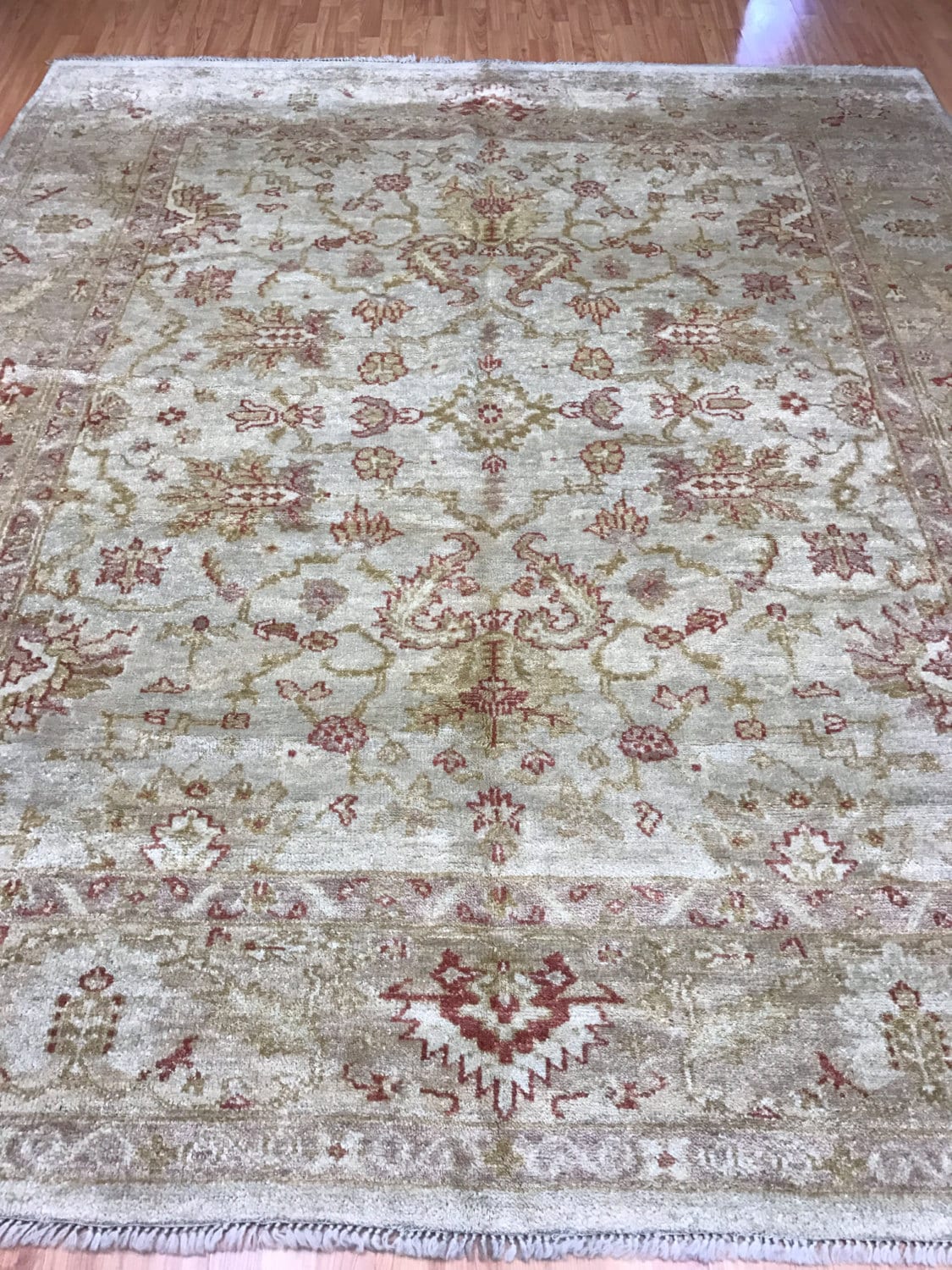 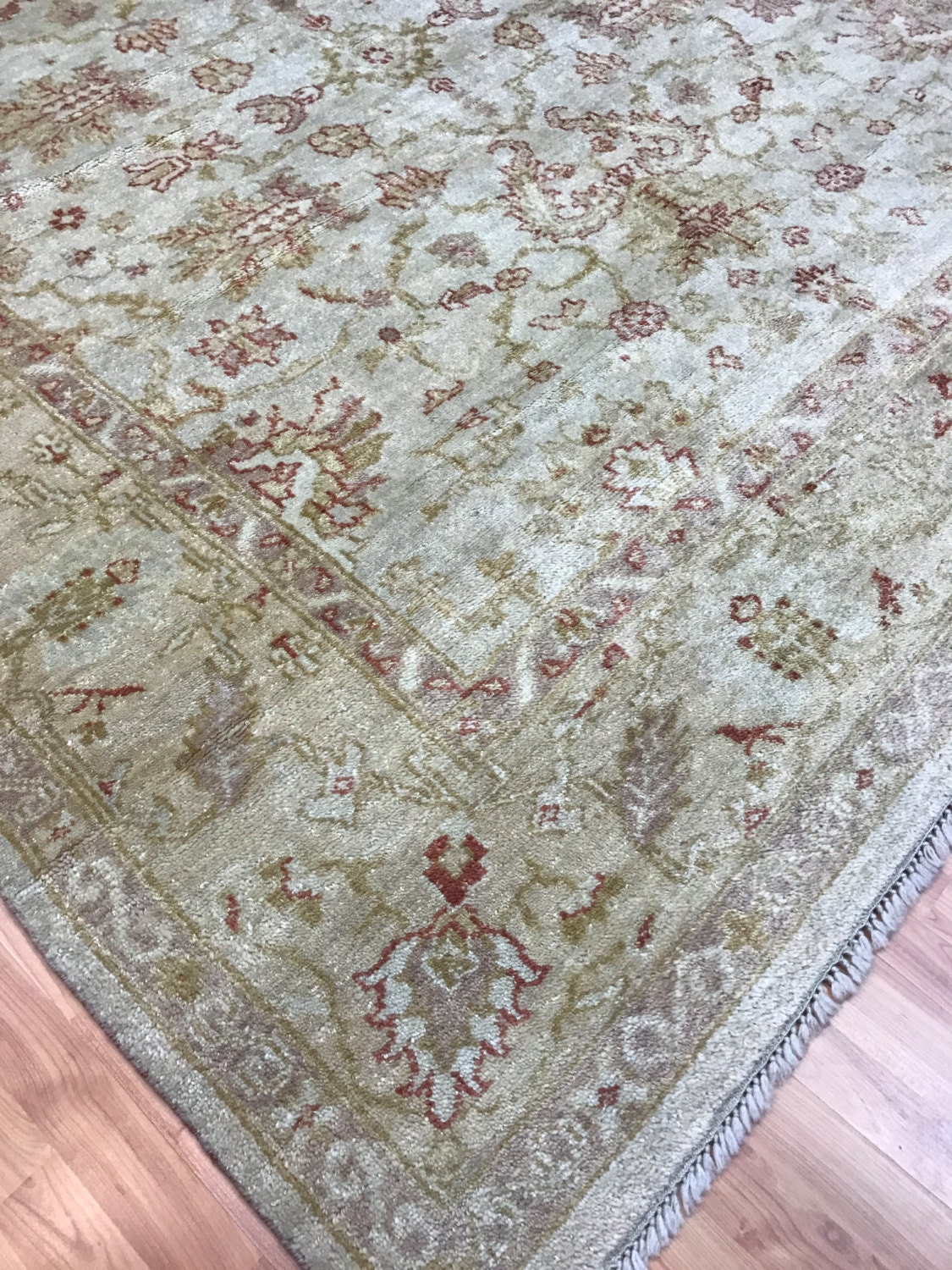 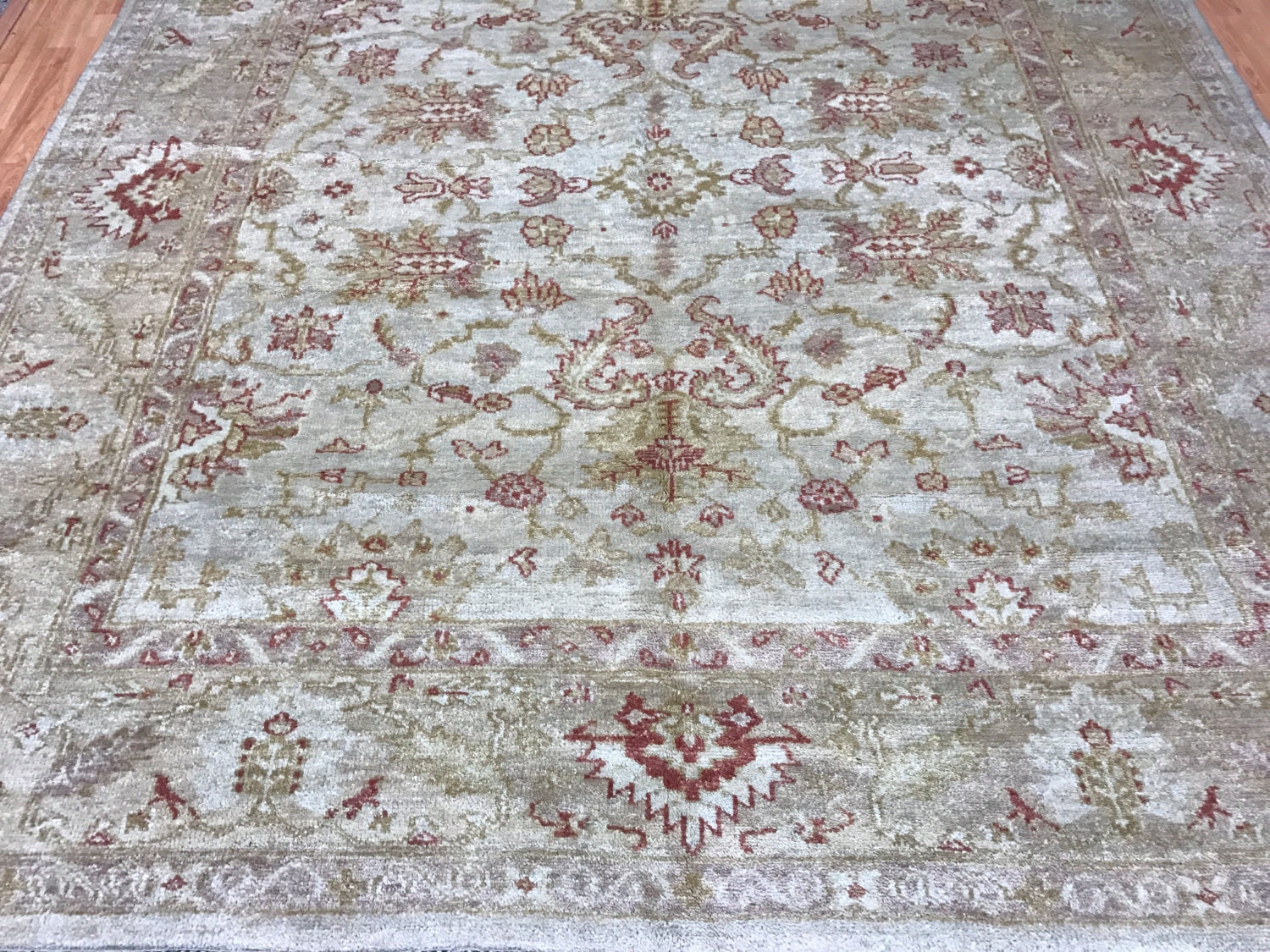 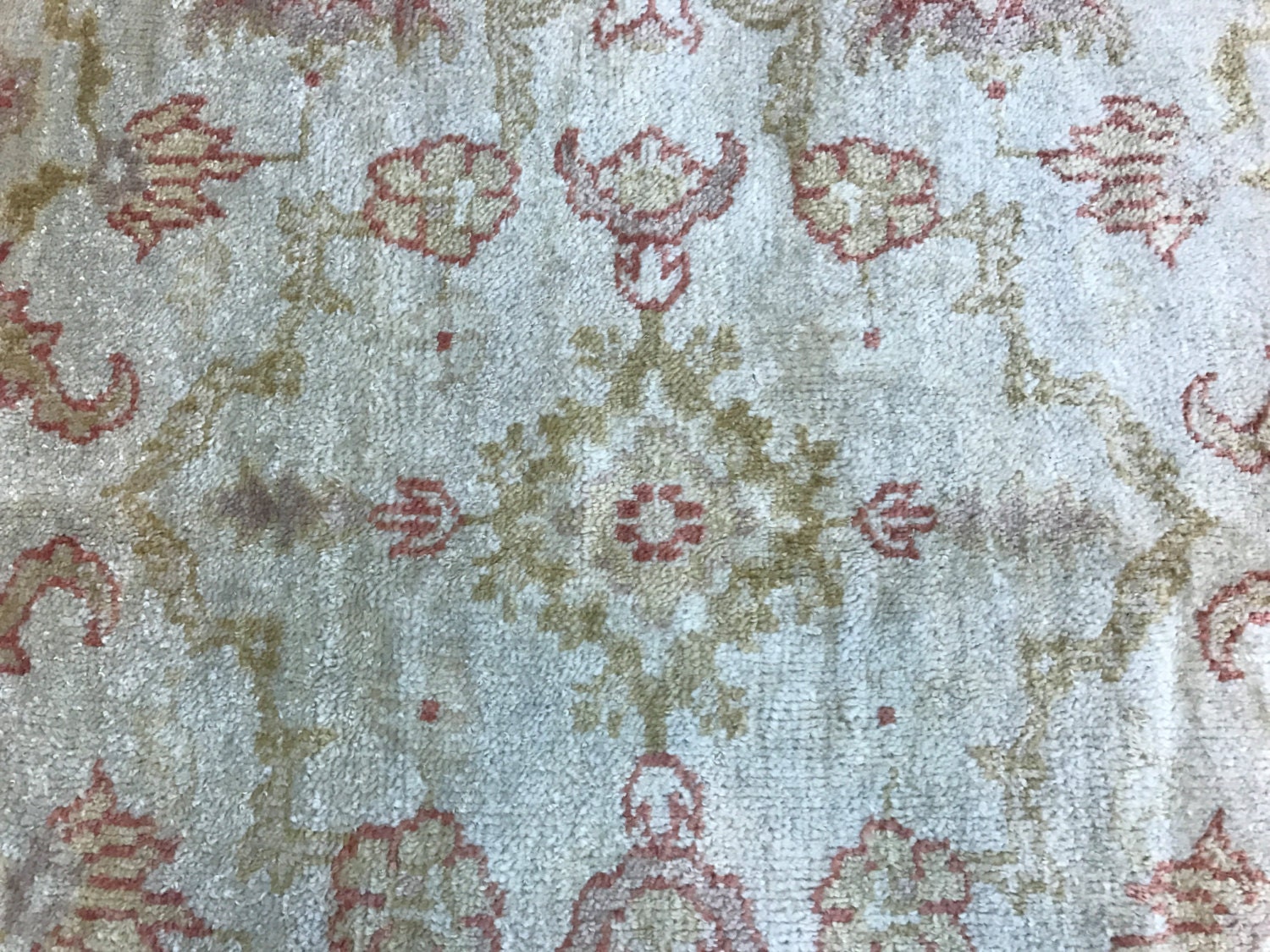 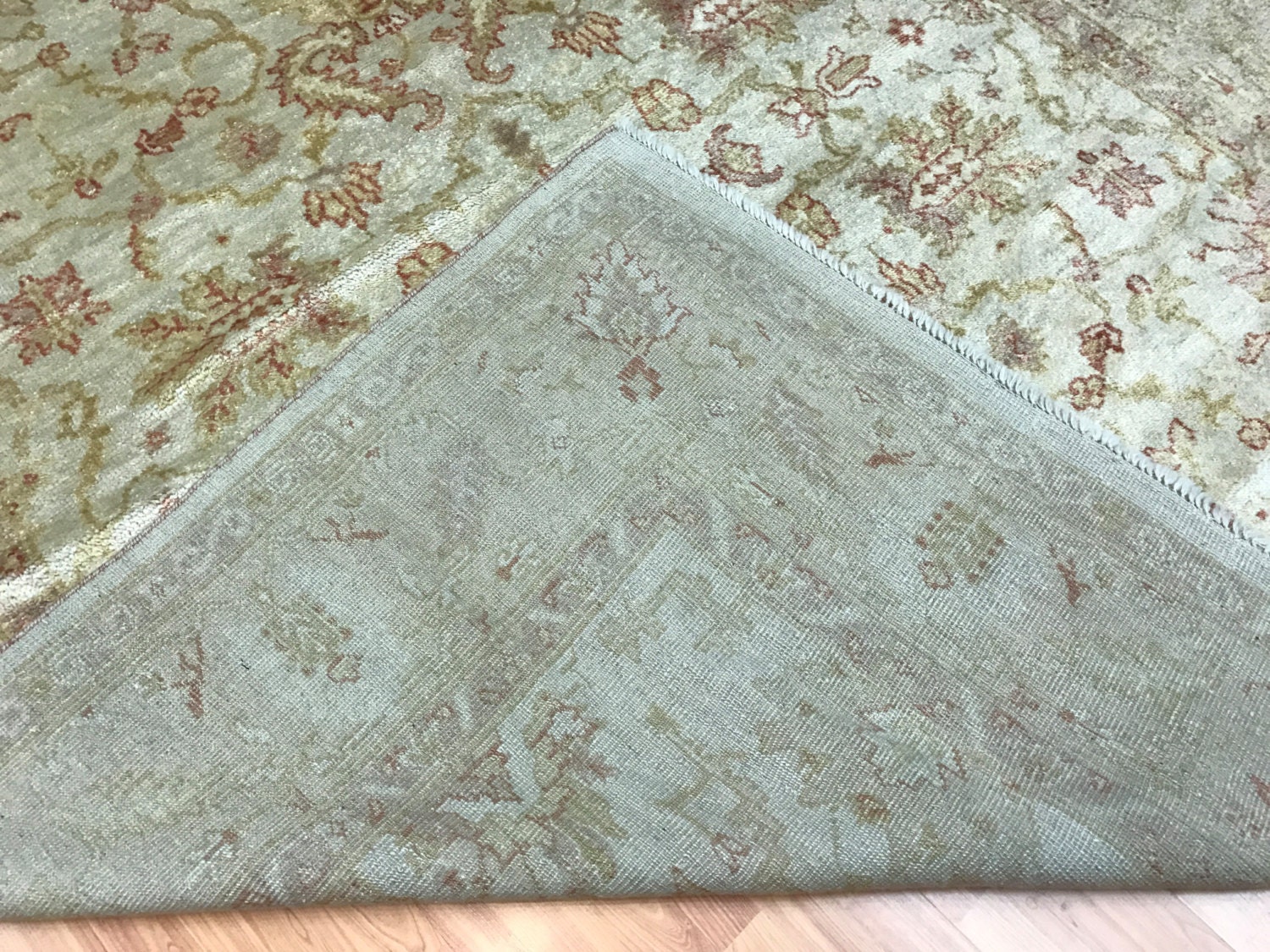 This beautiful Oriental rug is a brand new 8' x 9'3" Turkish Oushak. This hand knotted Turkish rug is made with 100% wool.