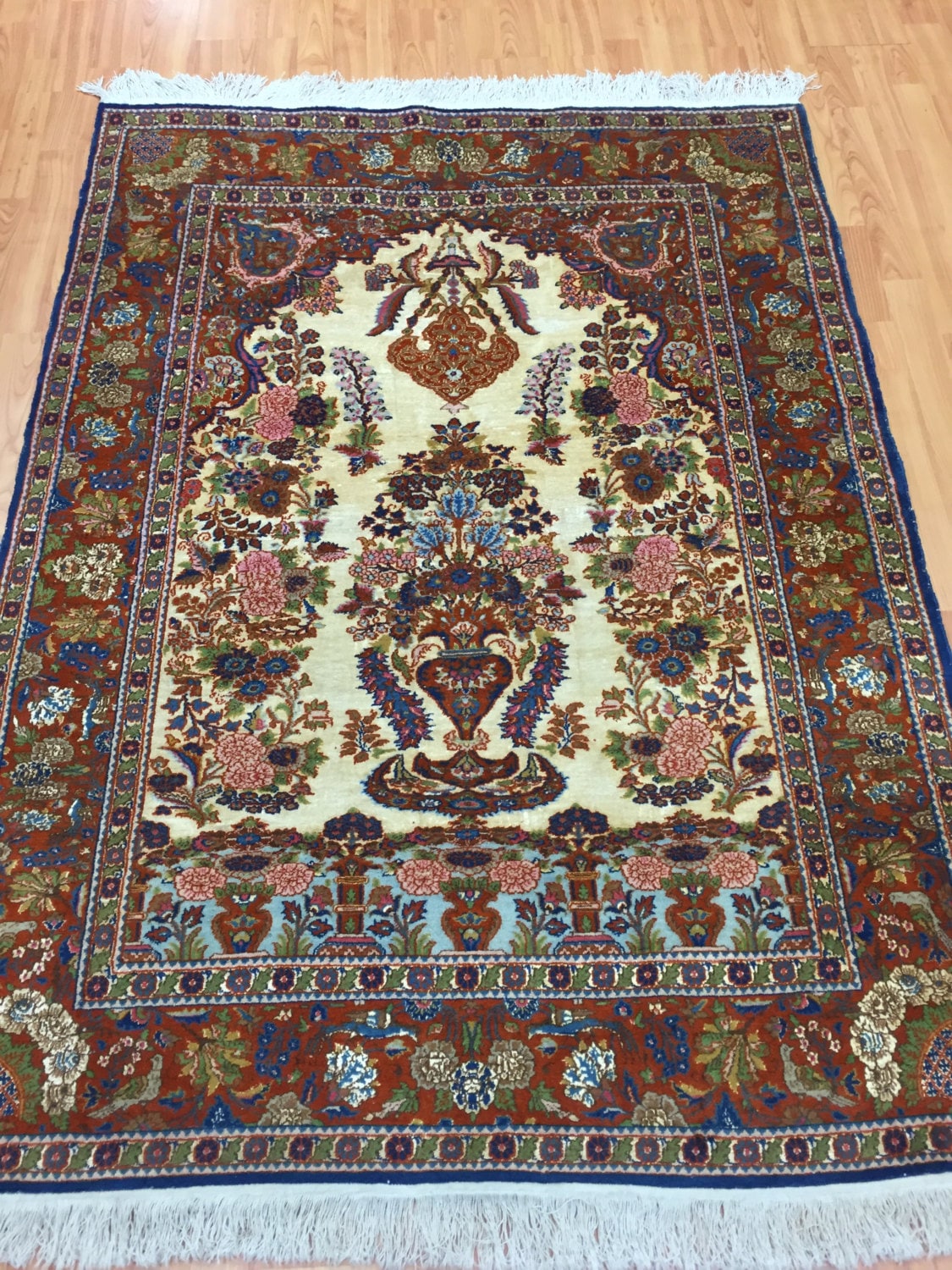 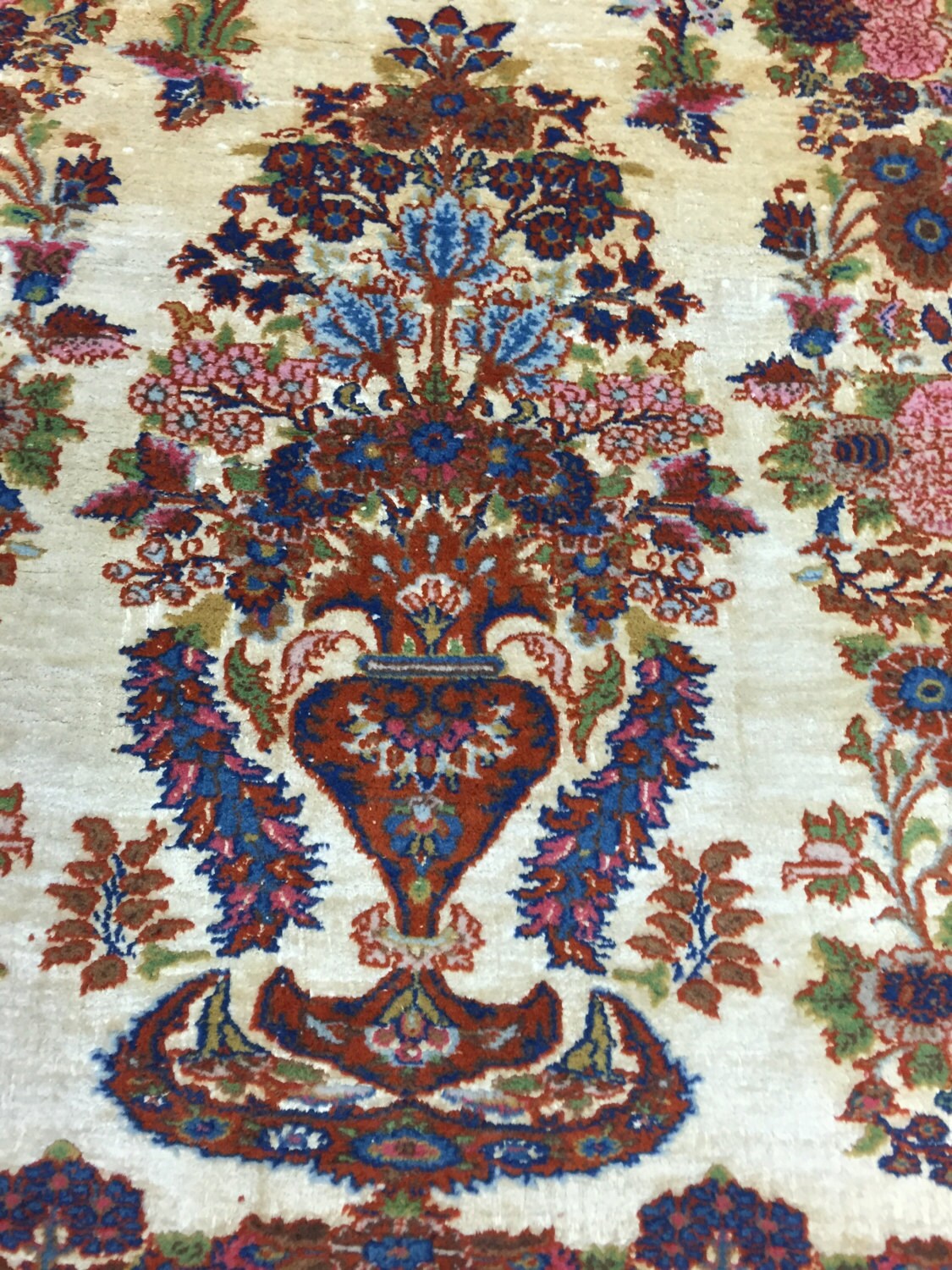 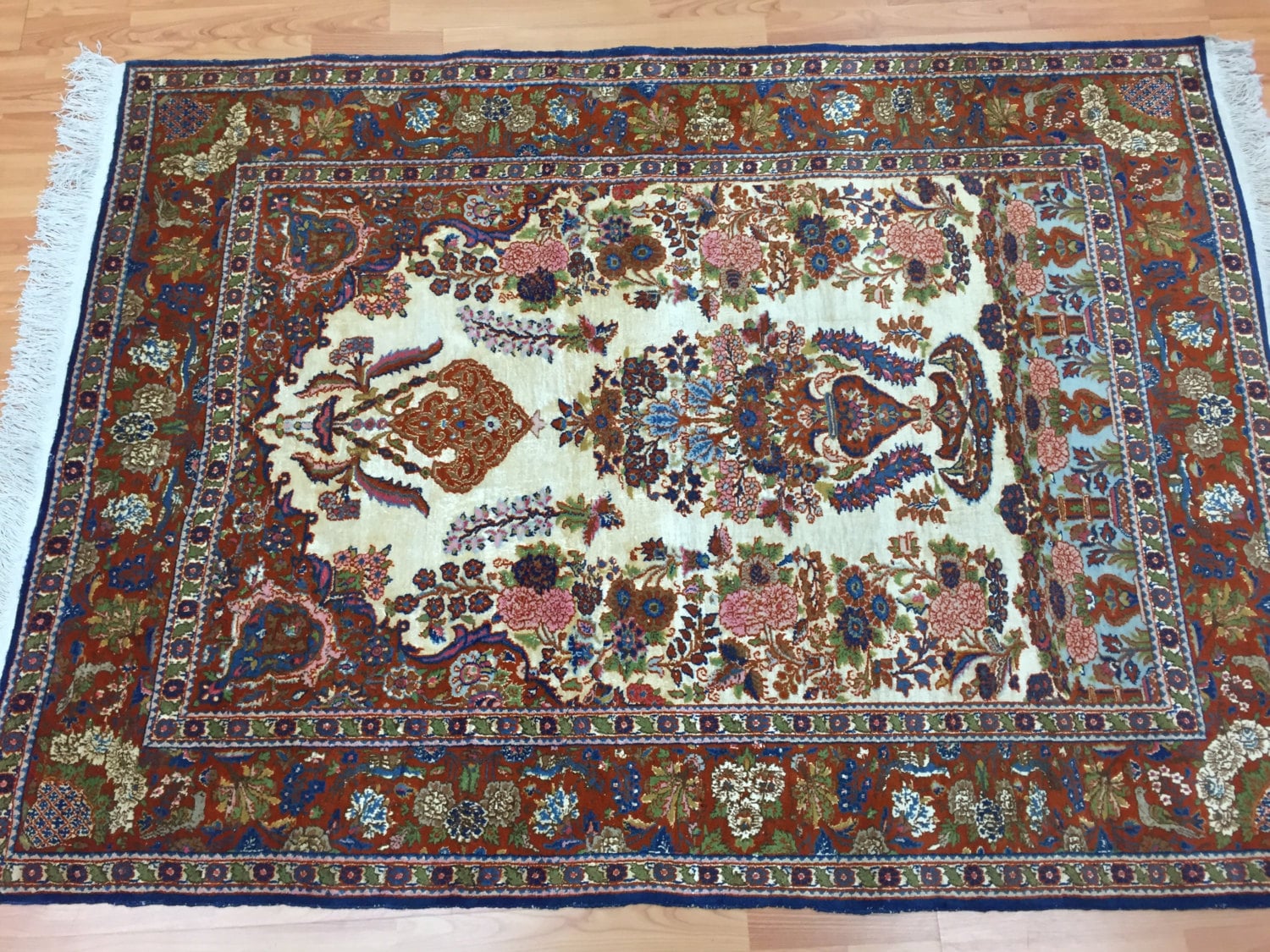 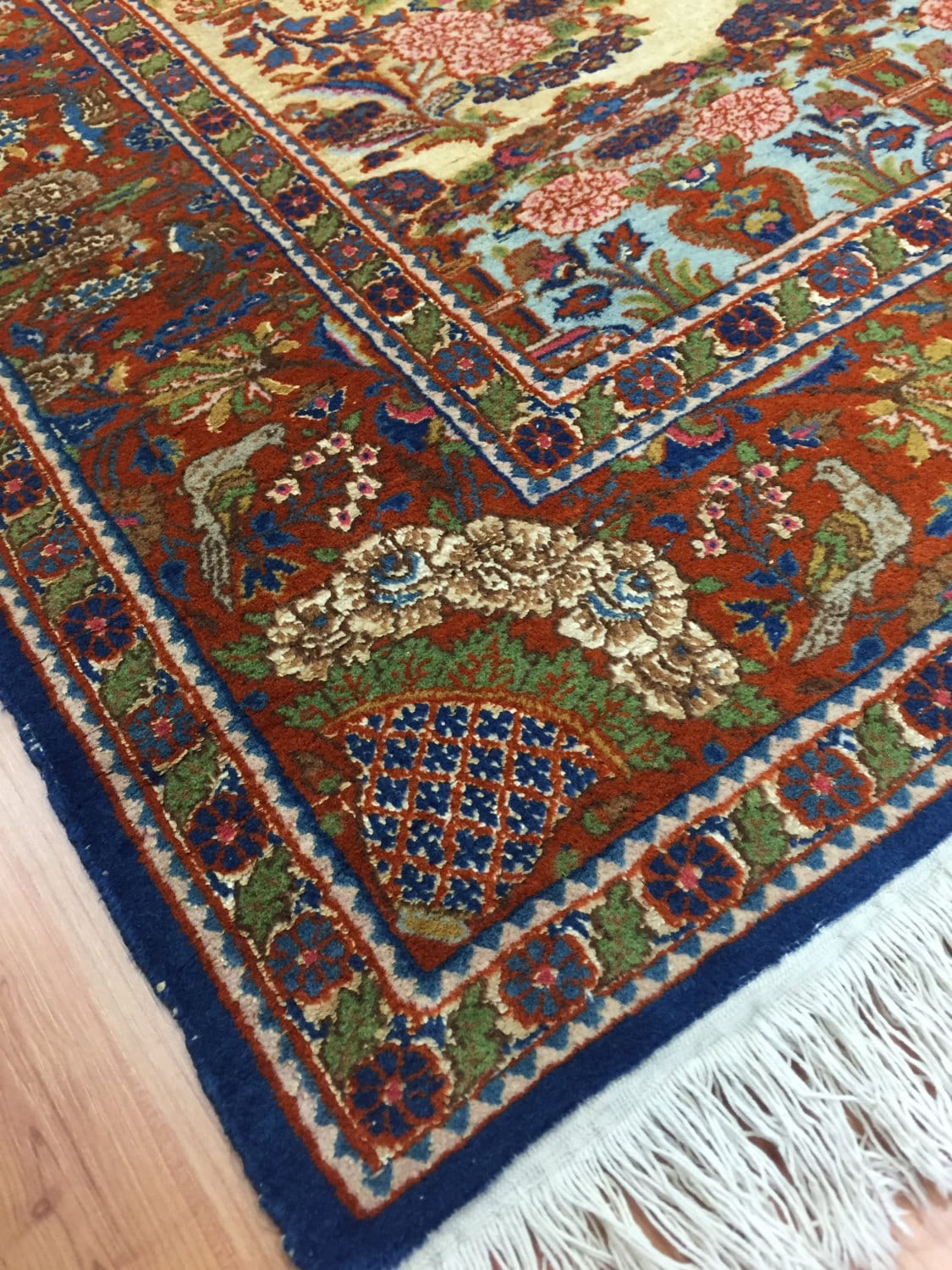 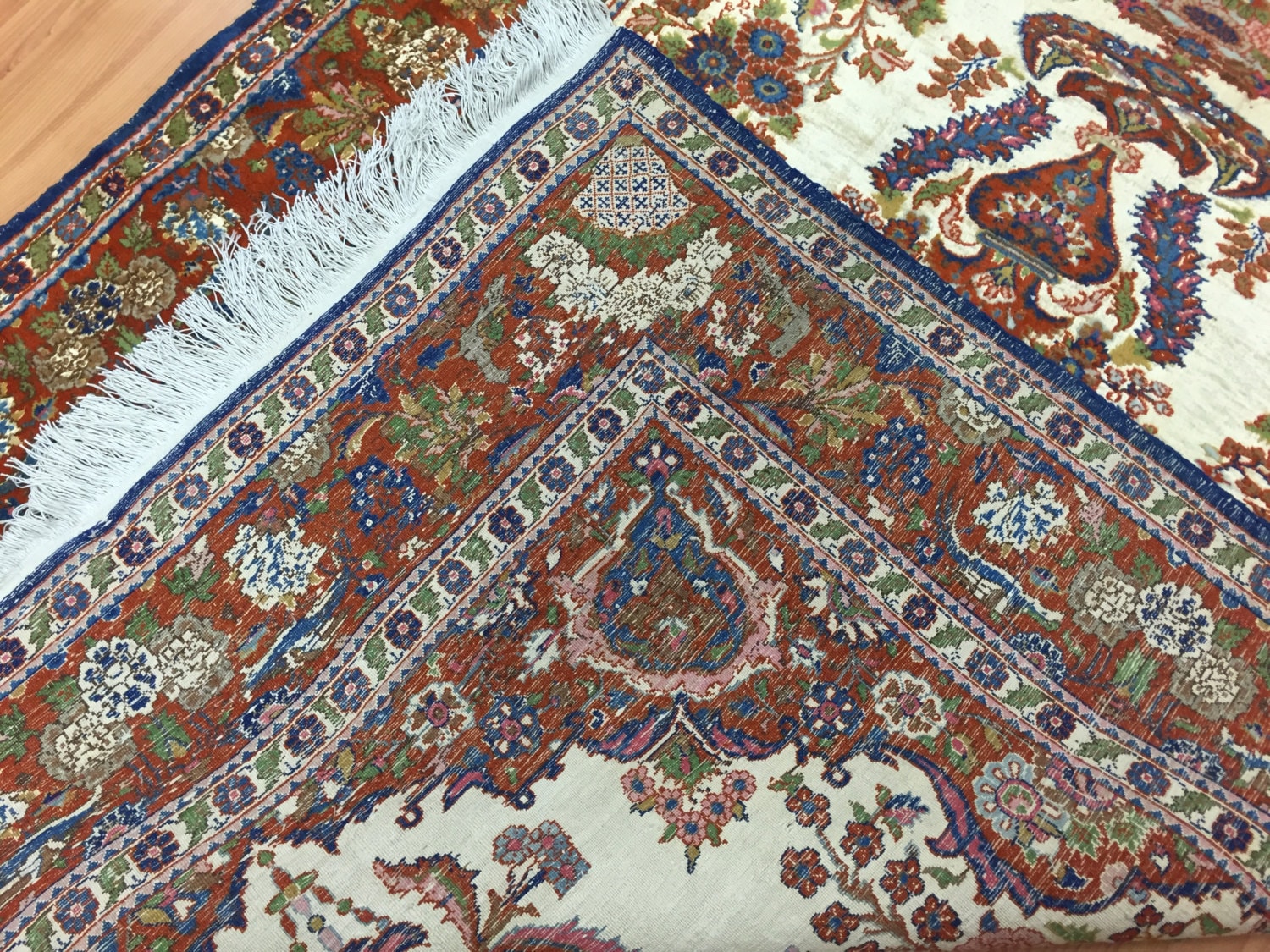 This beautiful Oriental rug is a 4'2" x 5'7" Turkish Prayer Rug, circa 1980s. This 30 year old hand knotted Turkish rug is made with a wool and silk pile, is in good condition and was recently professionally hand washed.