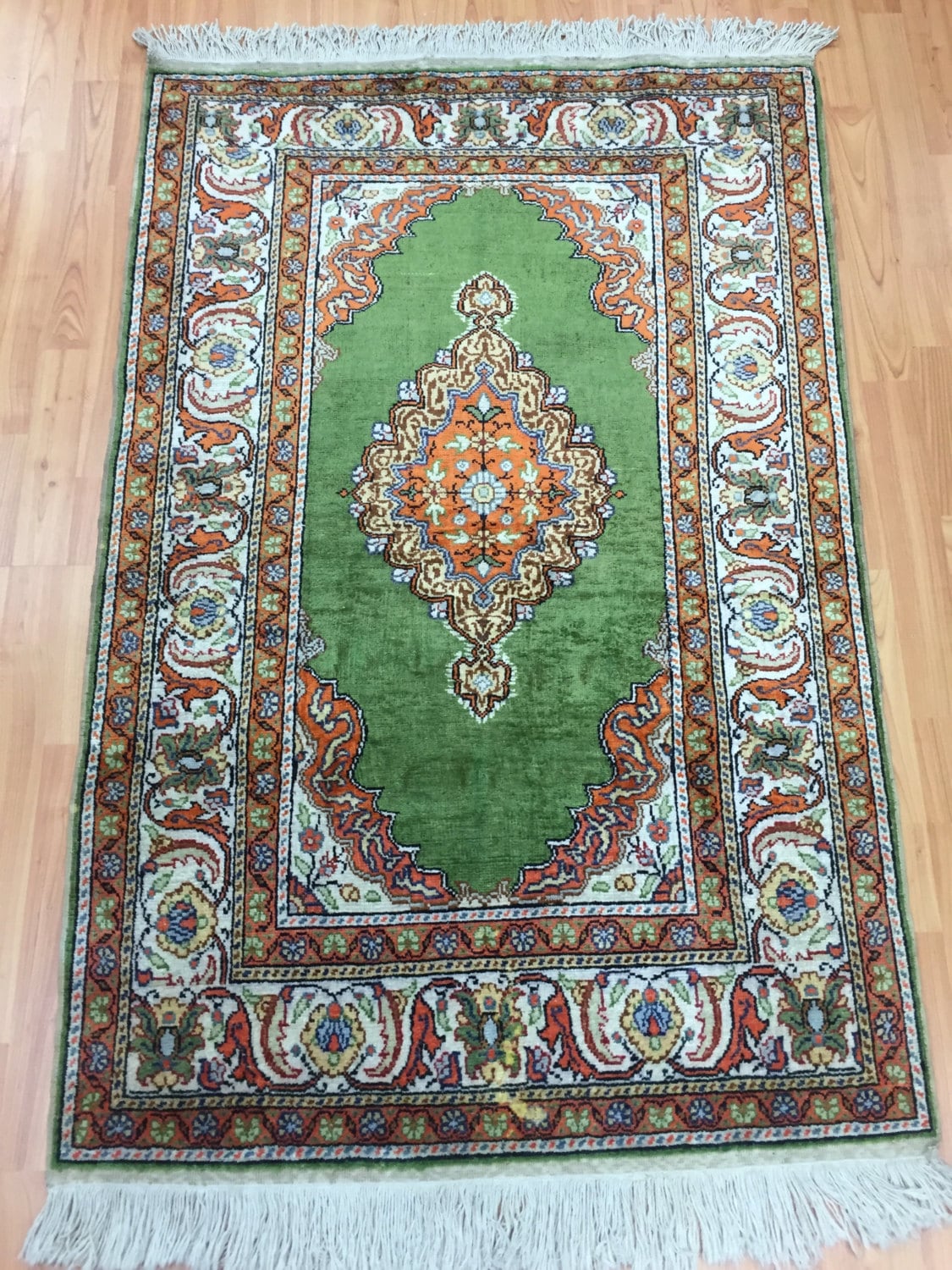 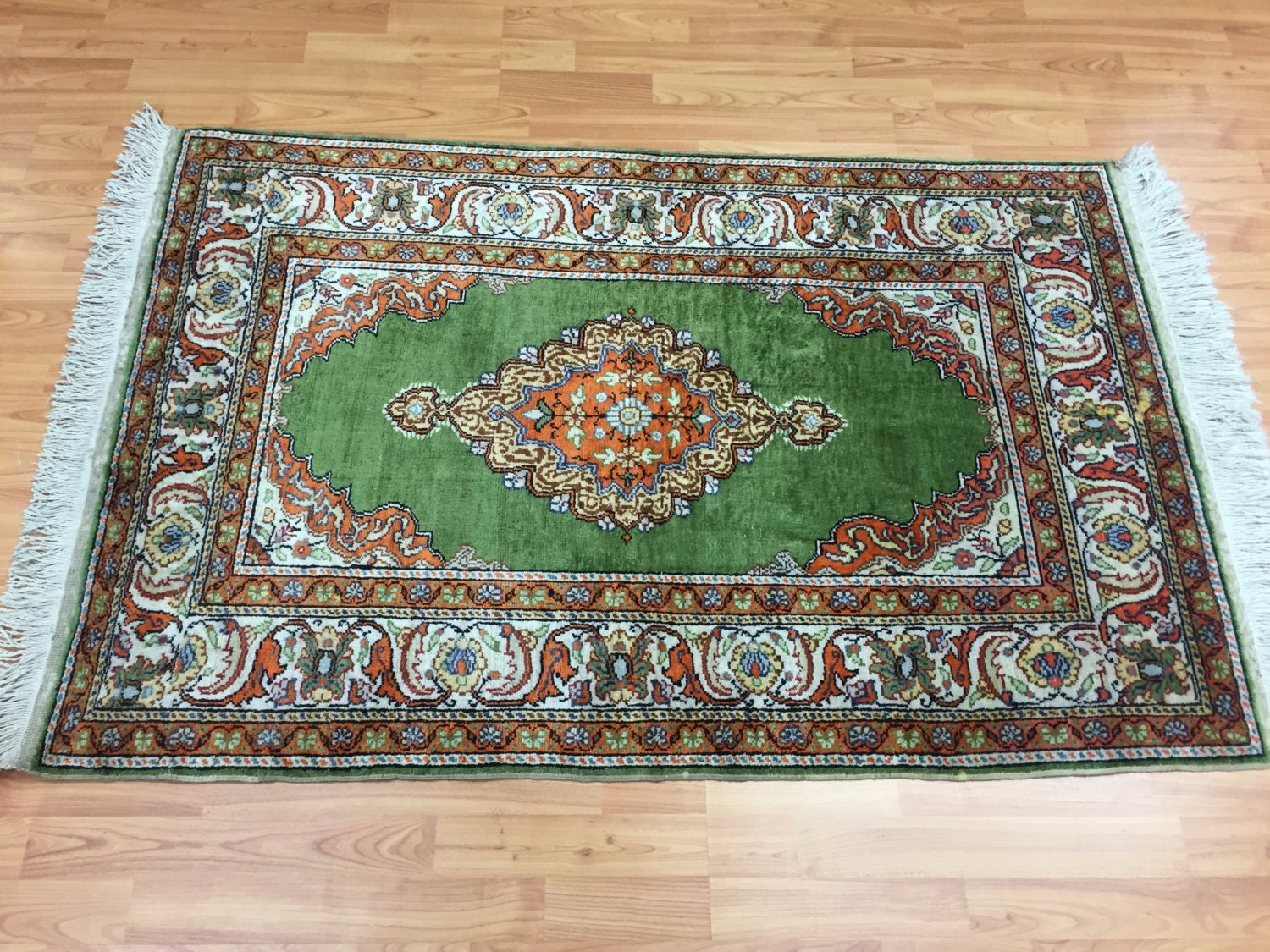 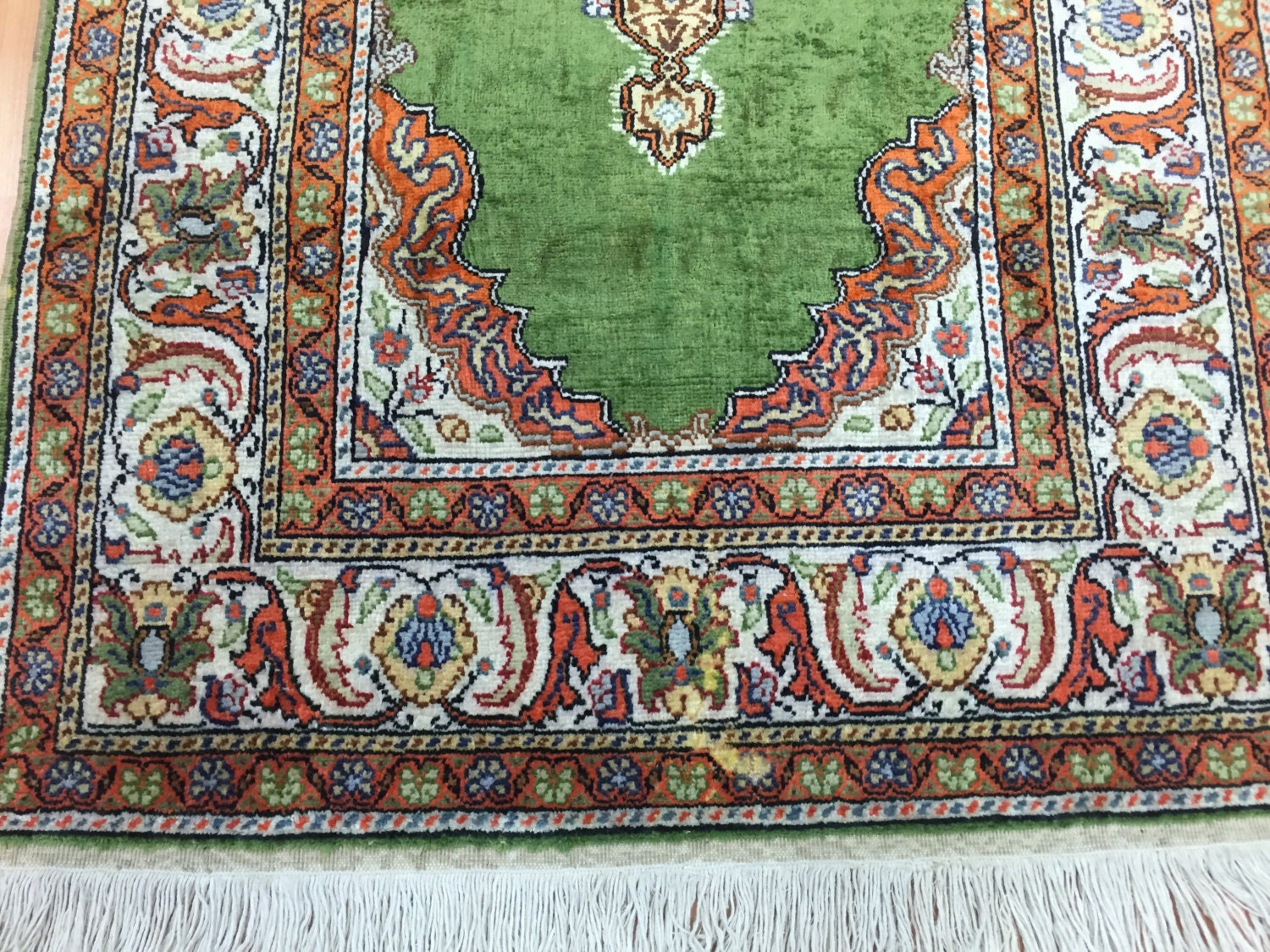 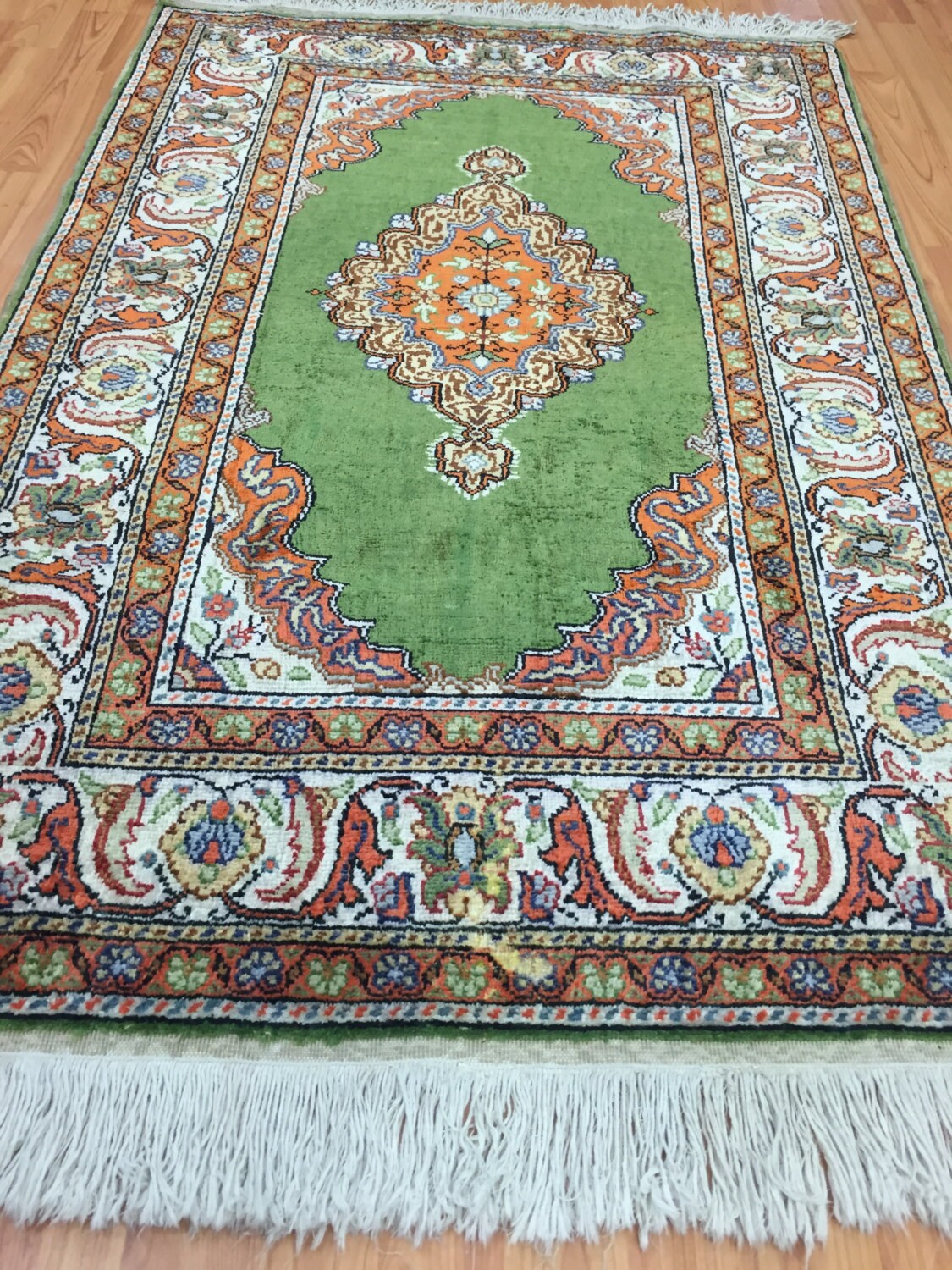 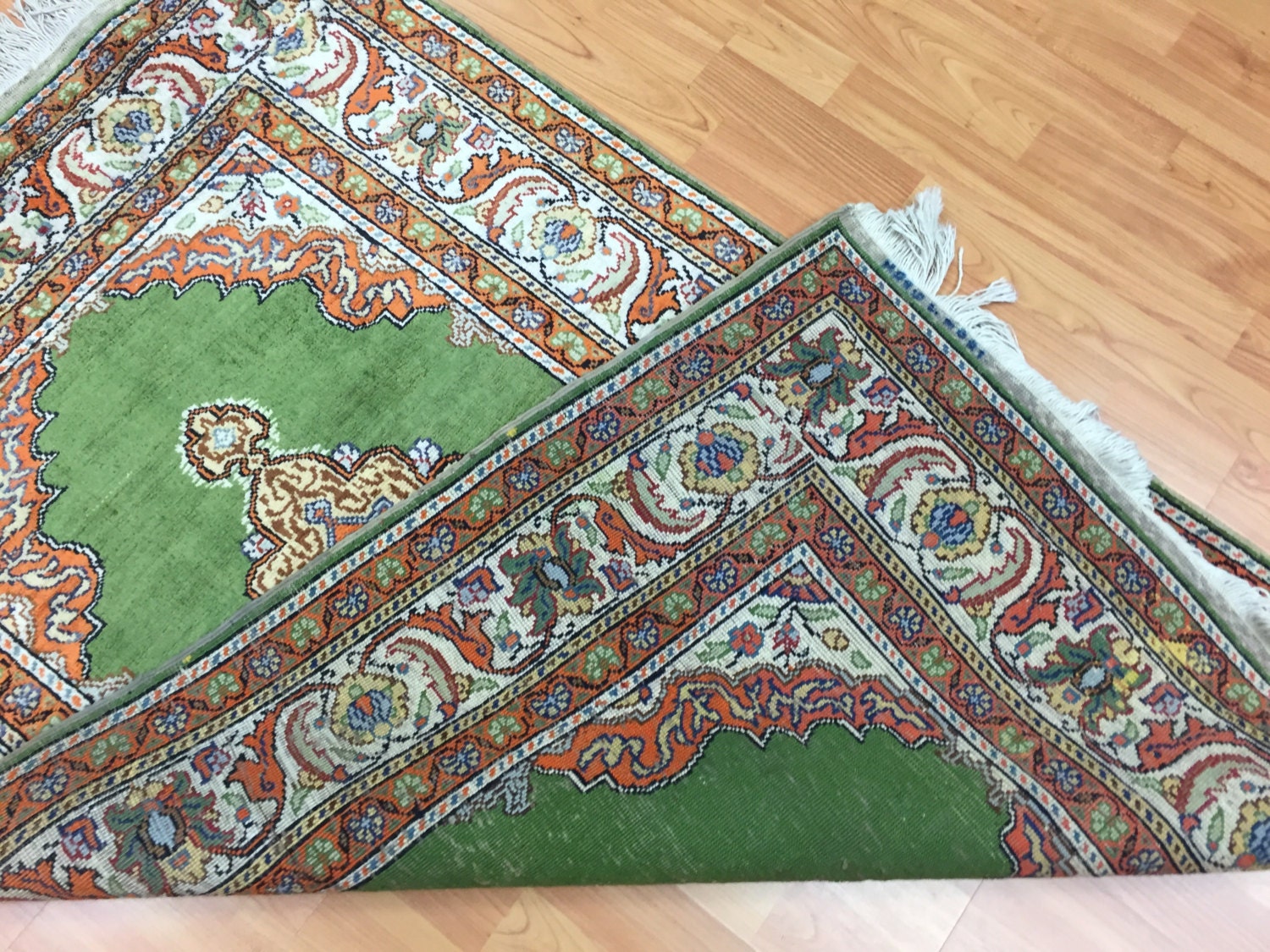 This stunning Oriental rug is an antique 3' x 4'6" Turkish Oriental Rug, circa 1920s. This 90 year old hand knotted Turkish rug is made with a 100% silk pile, is in good condition for its age and was recently professionally hand washed.