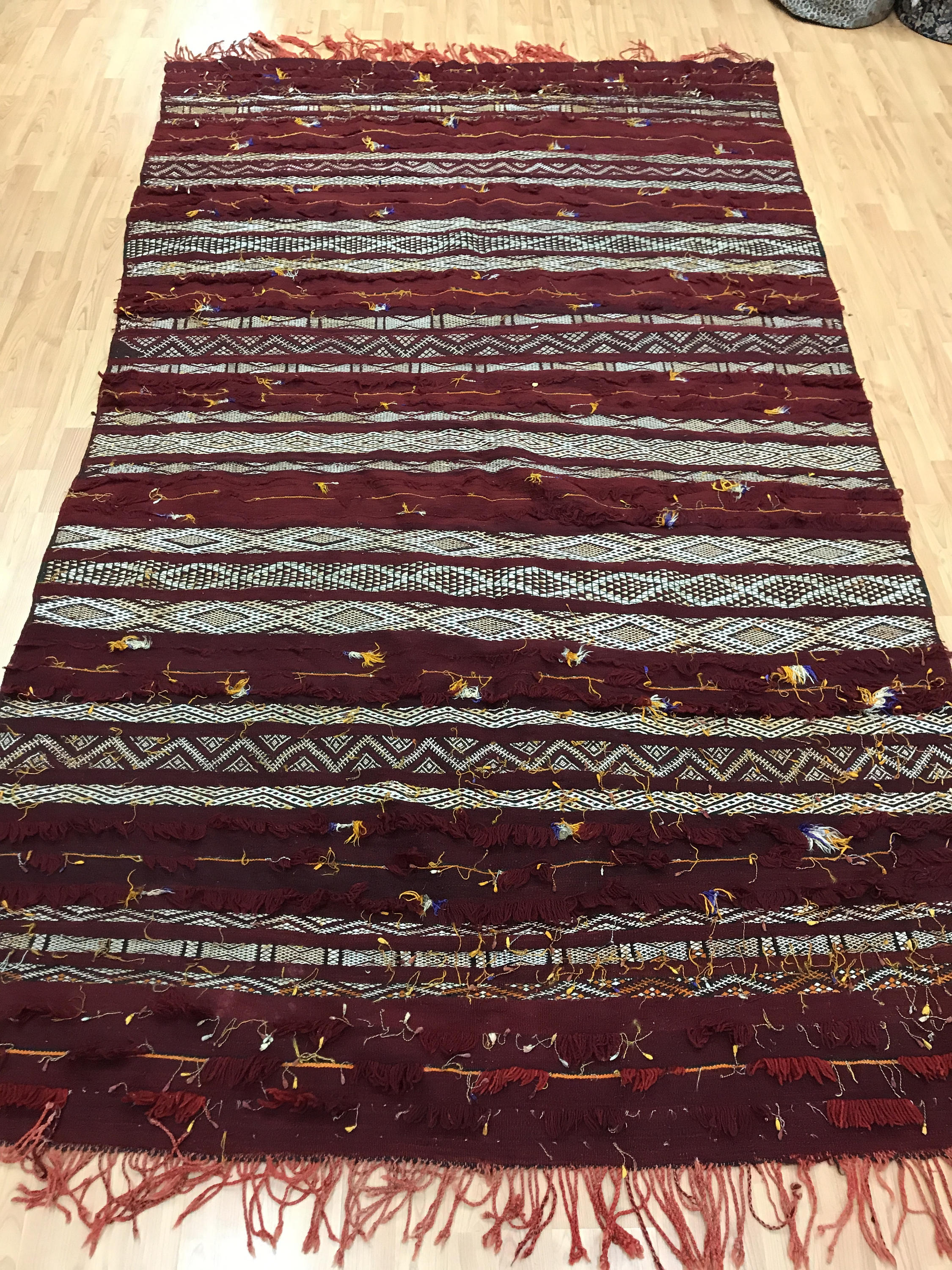 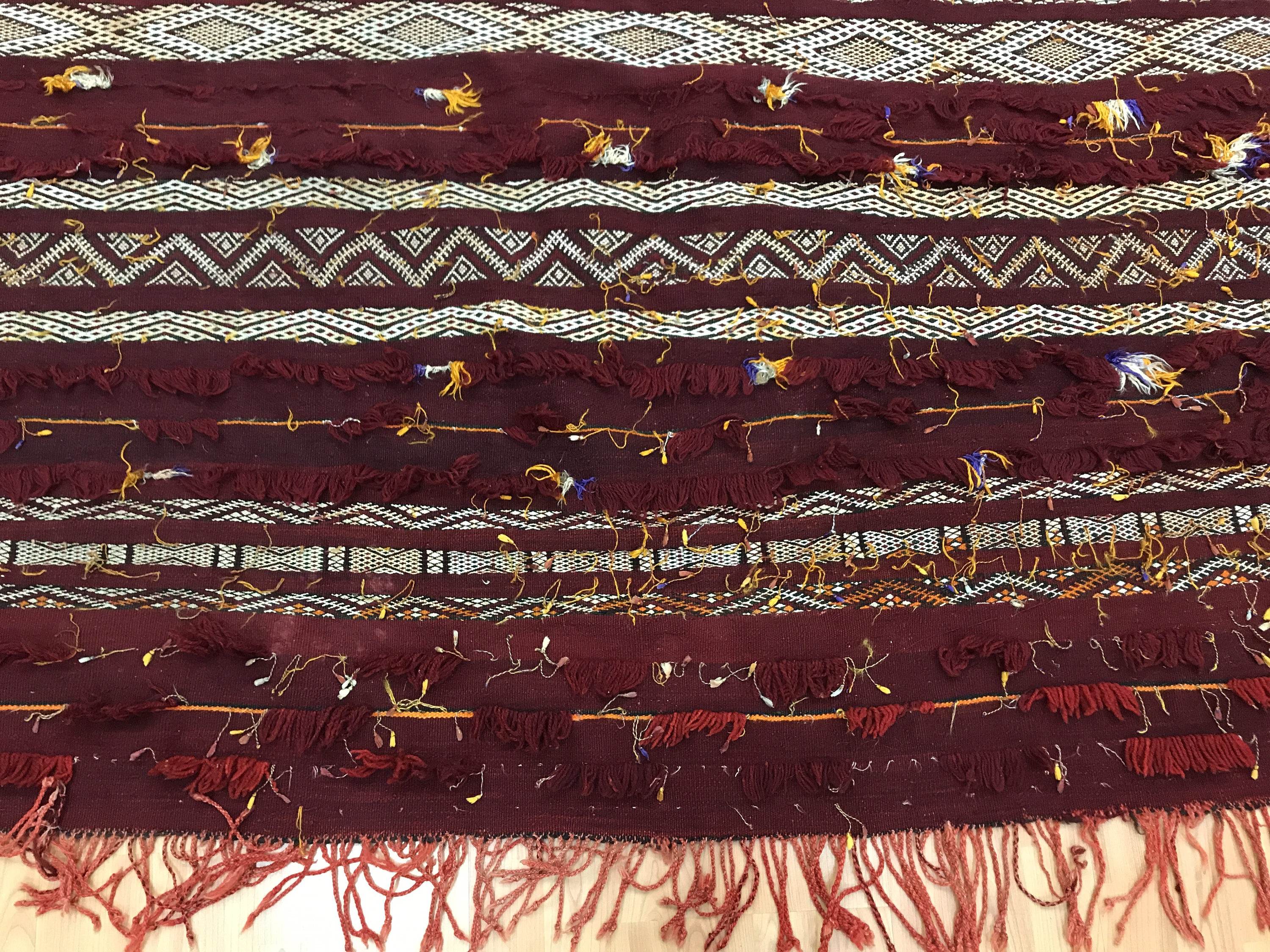 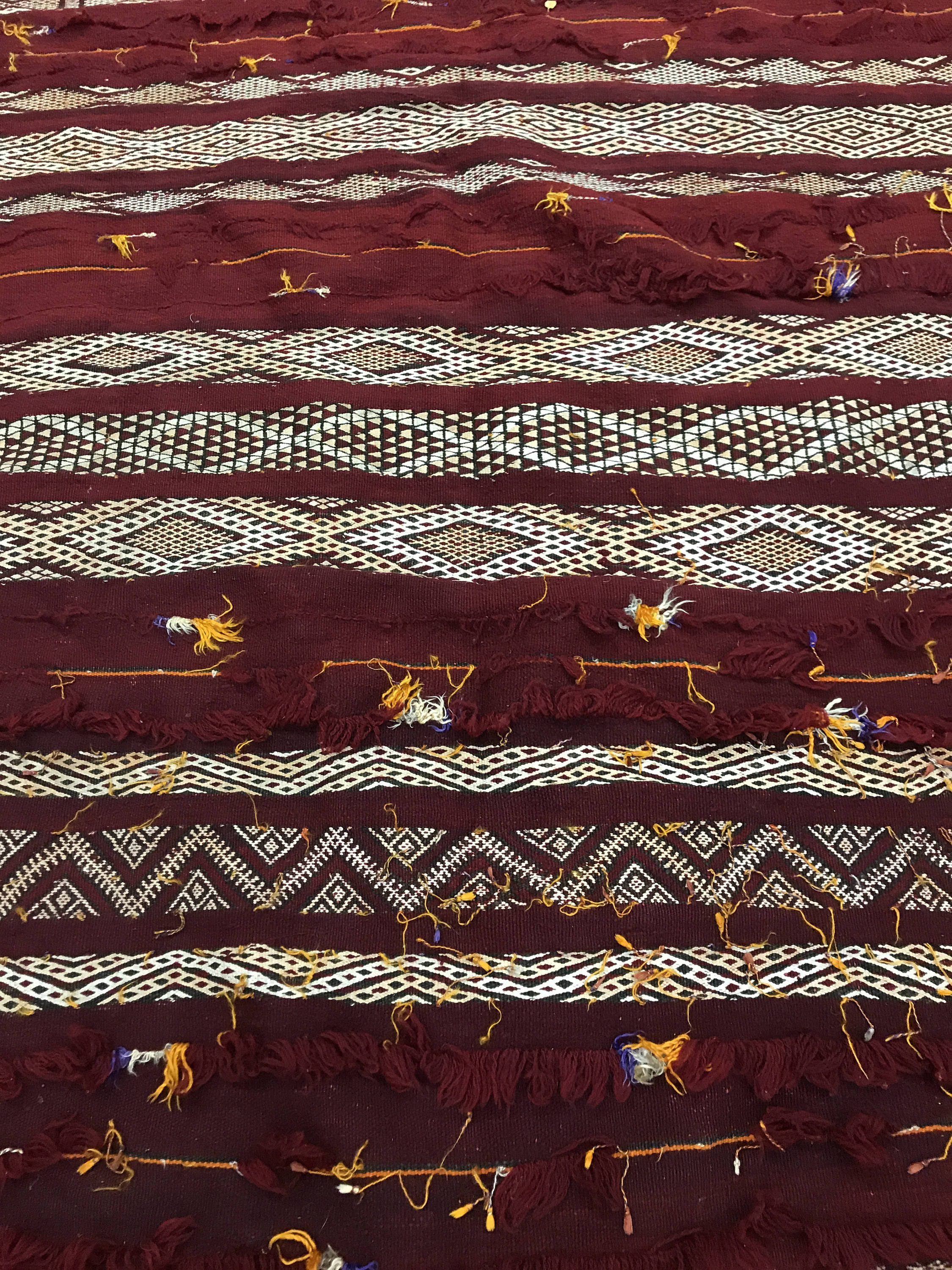 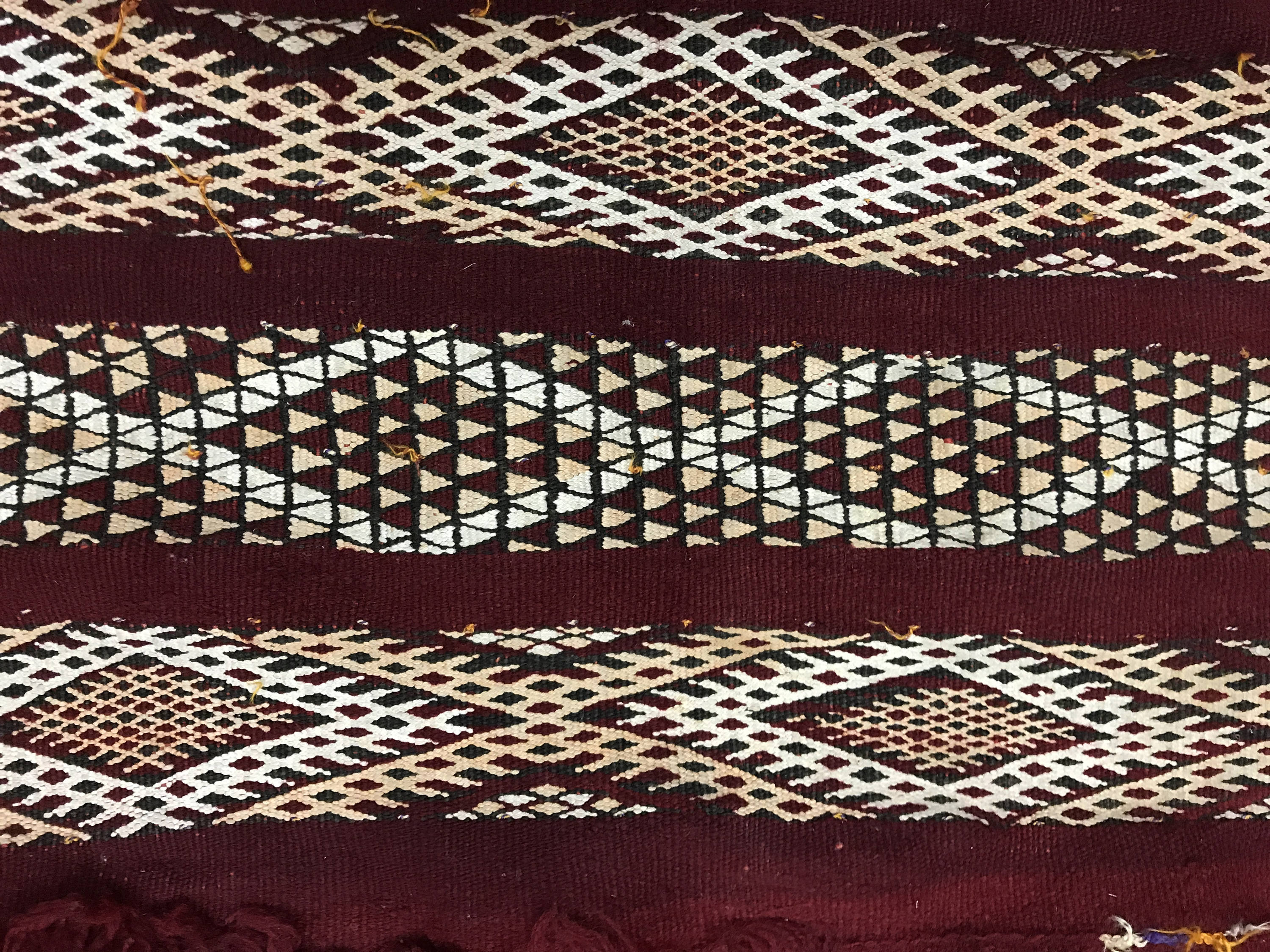 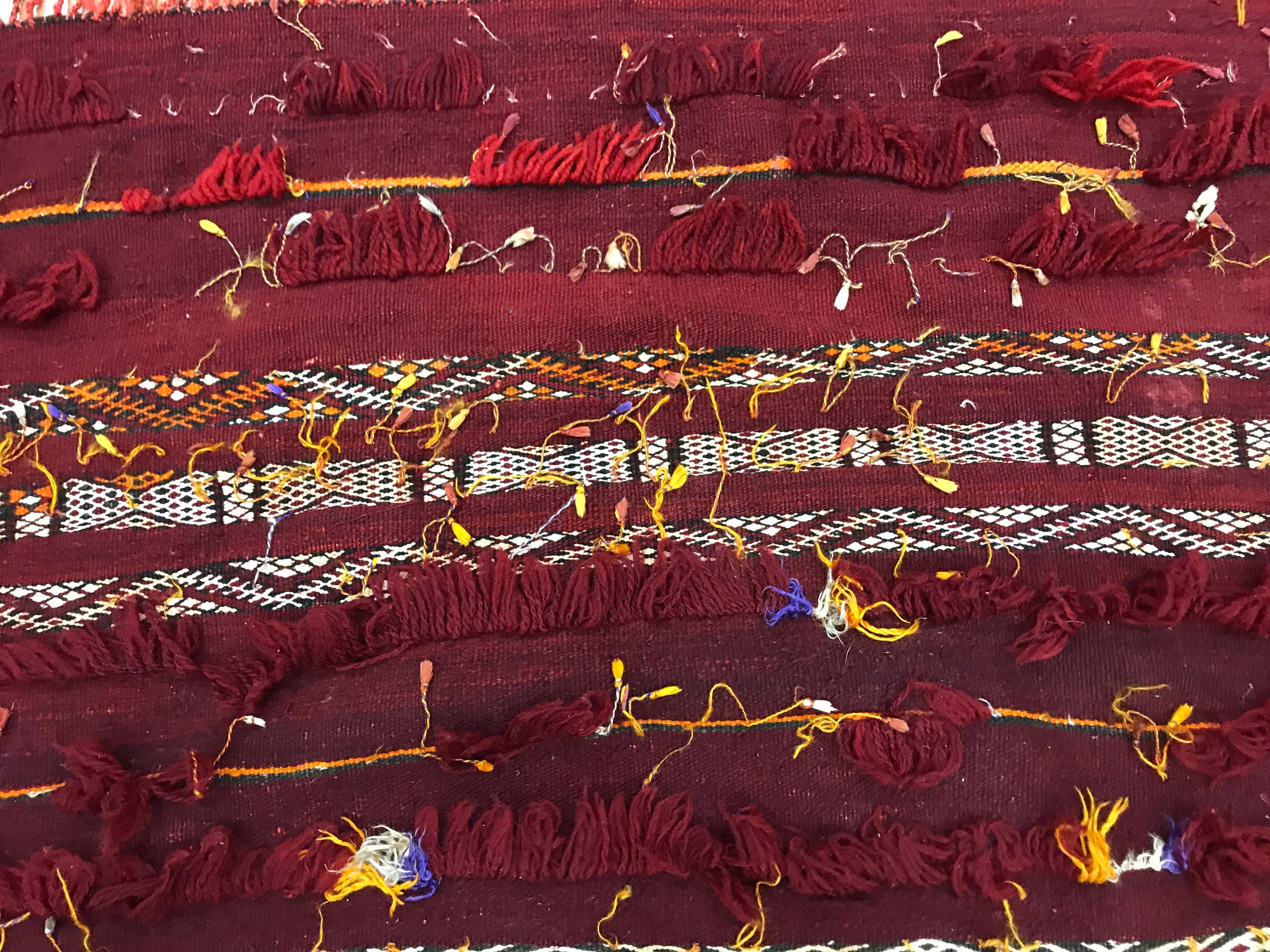 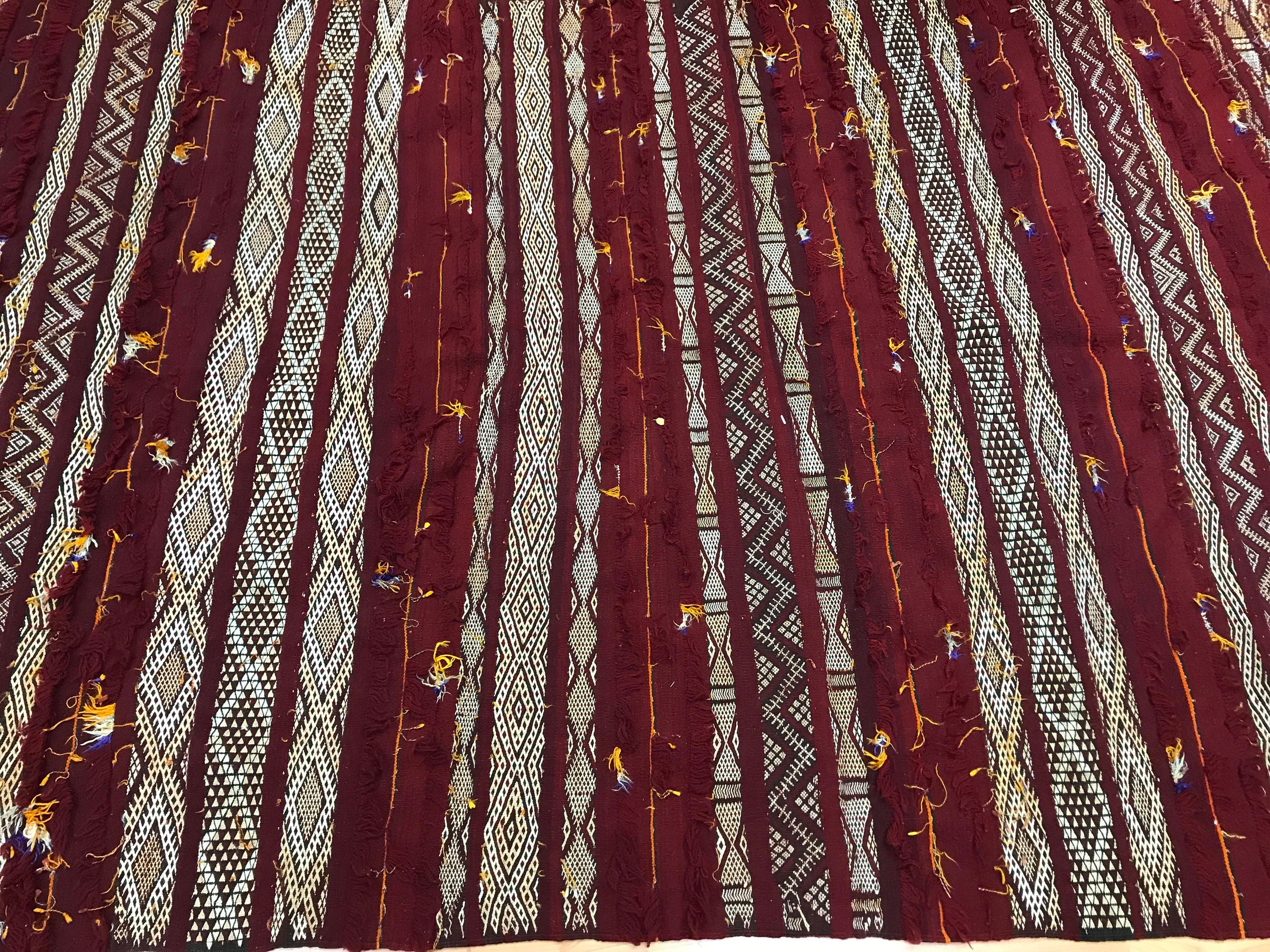 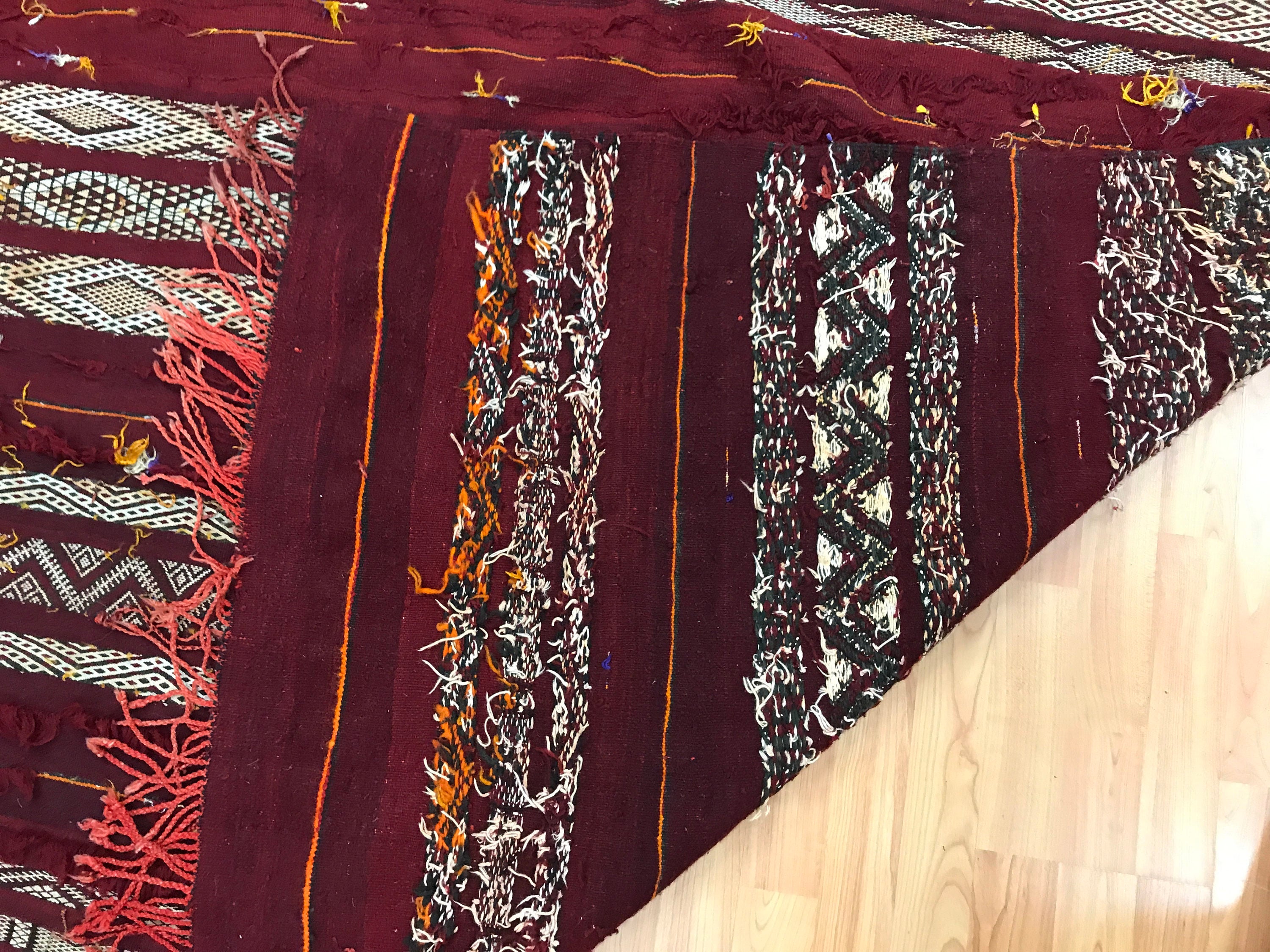 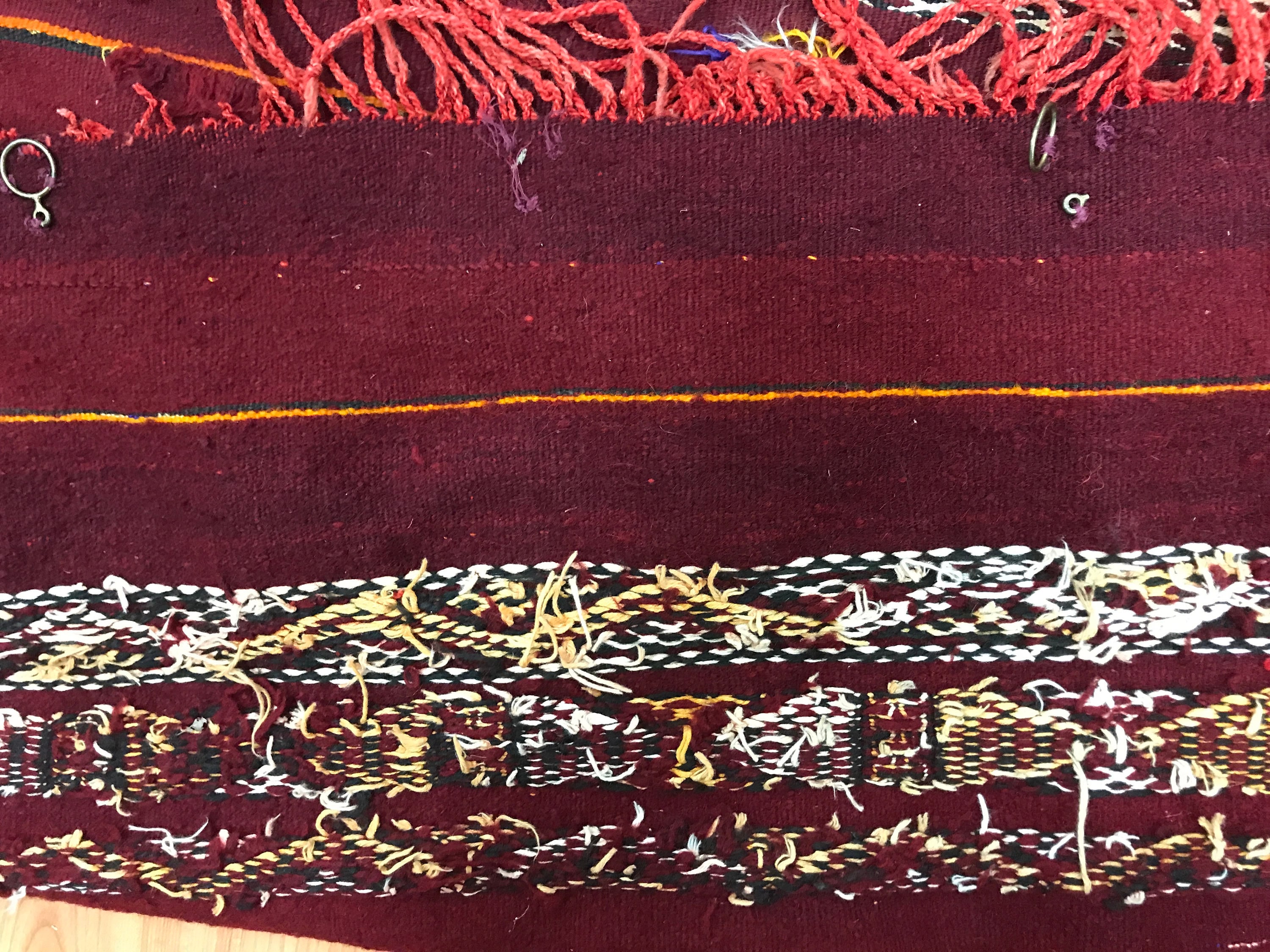 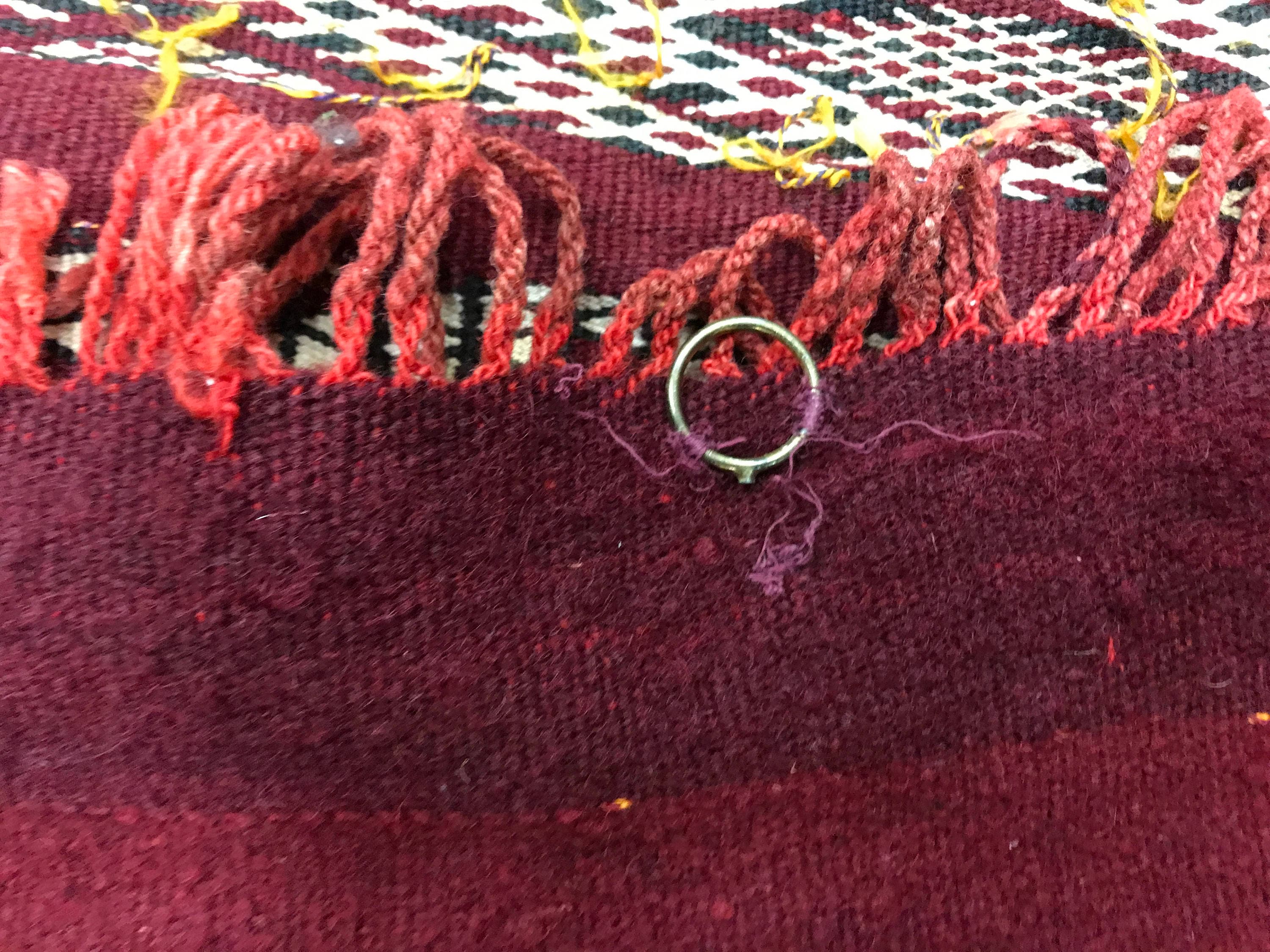 This gorgeous rug is a 5'4" x 9' traditional Mexican Aztec Kilim flat weave with a geometric design. This hand made Mexican rug is made with 100% wool and is in good condition.