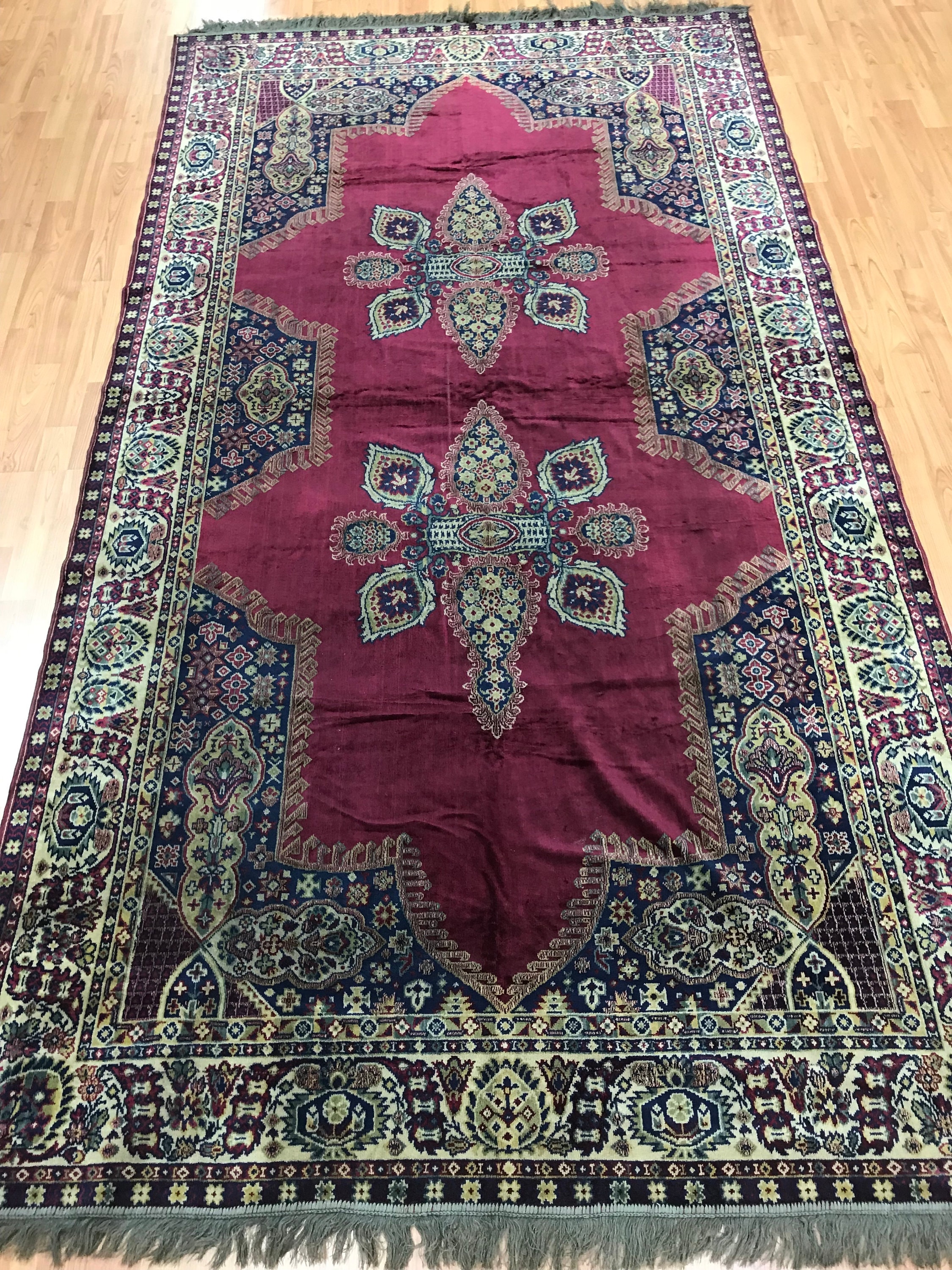 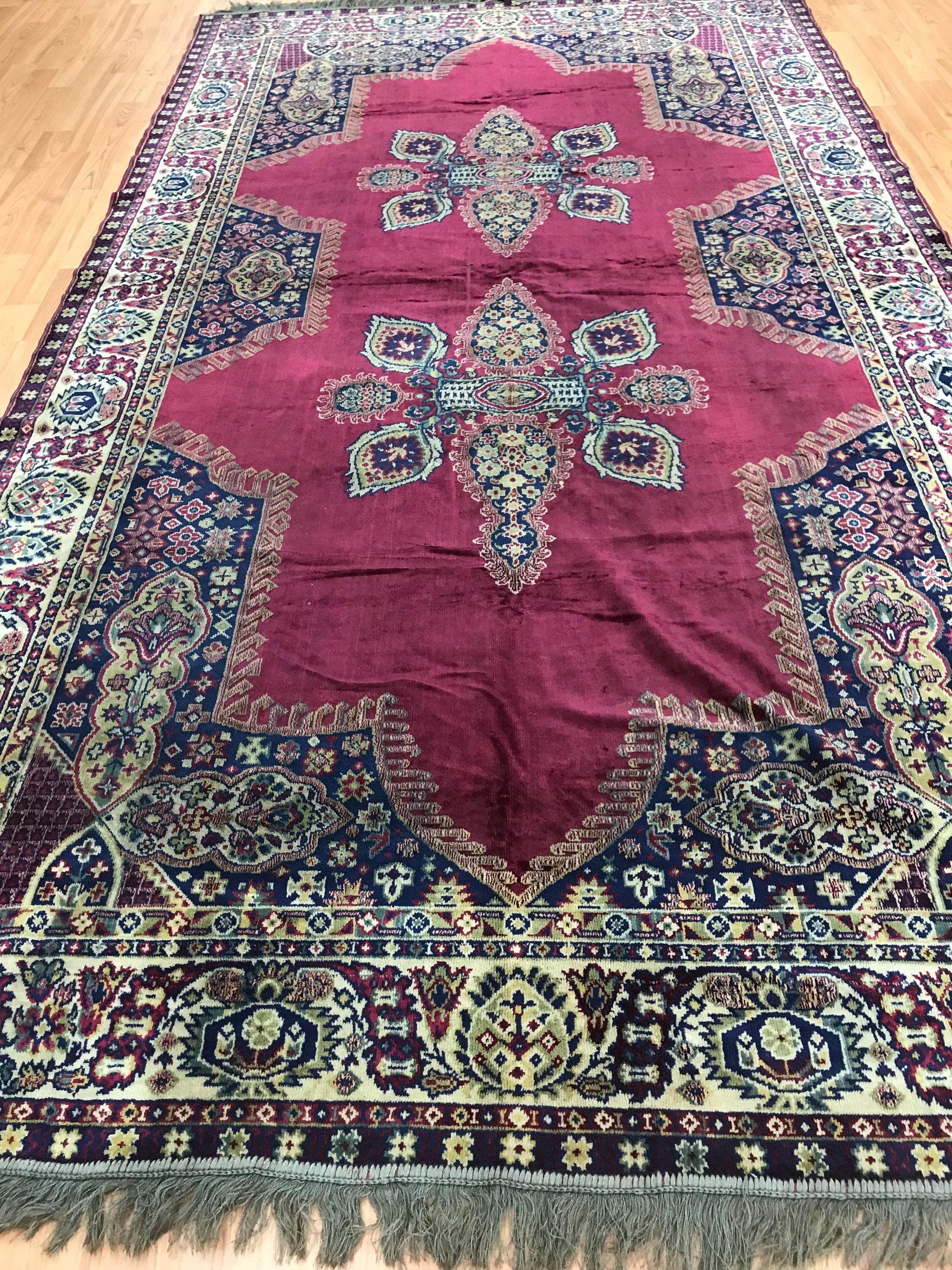 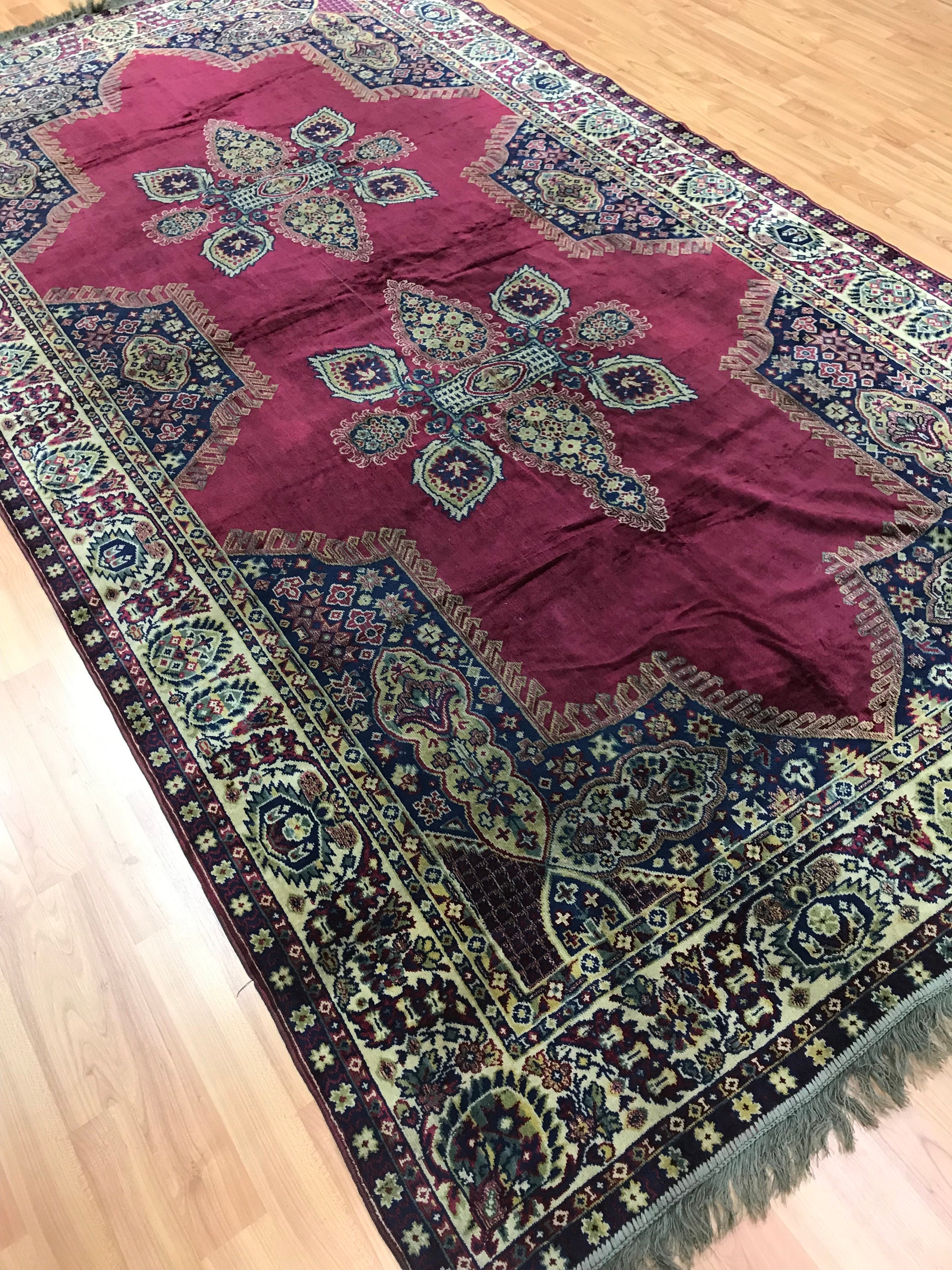 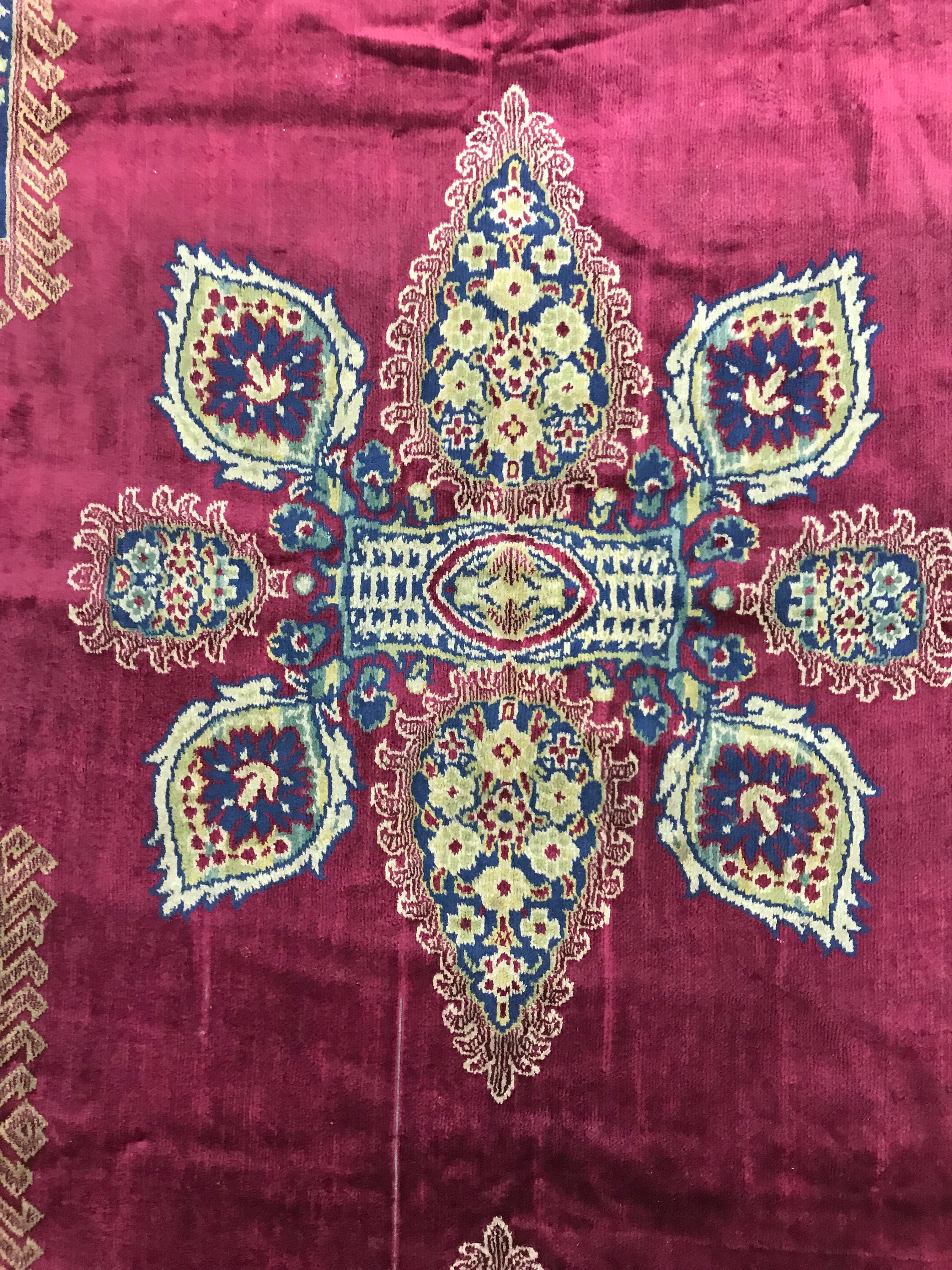 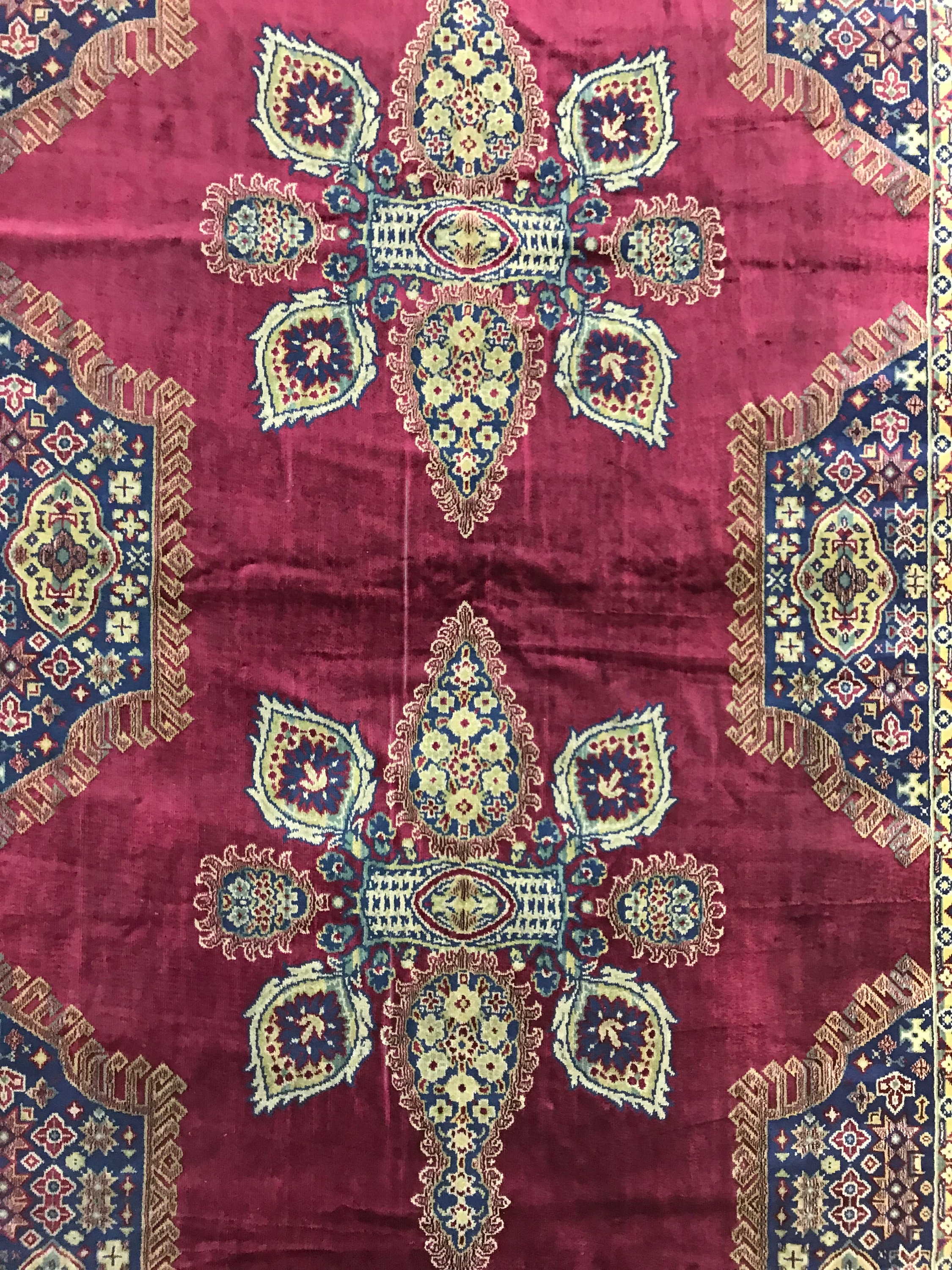 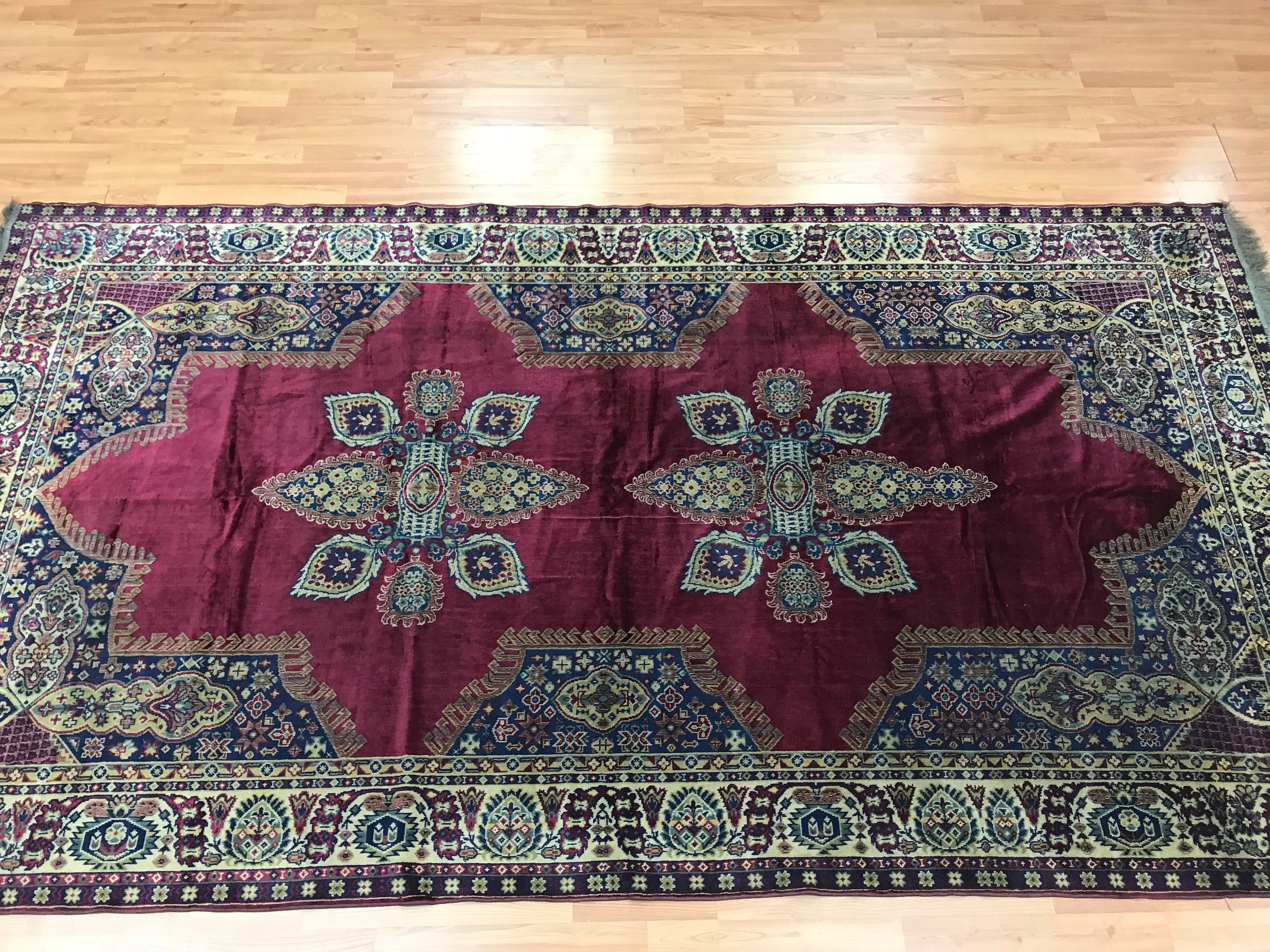 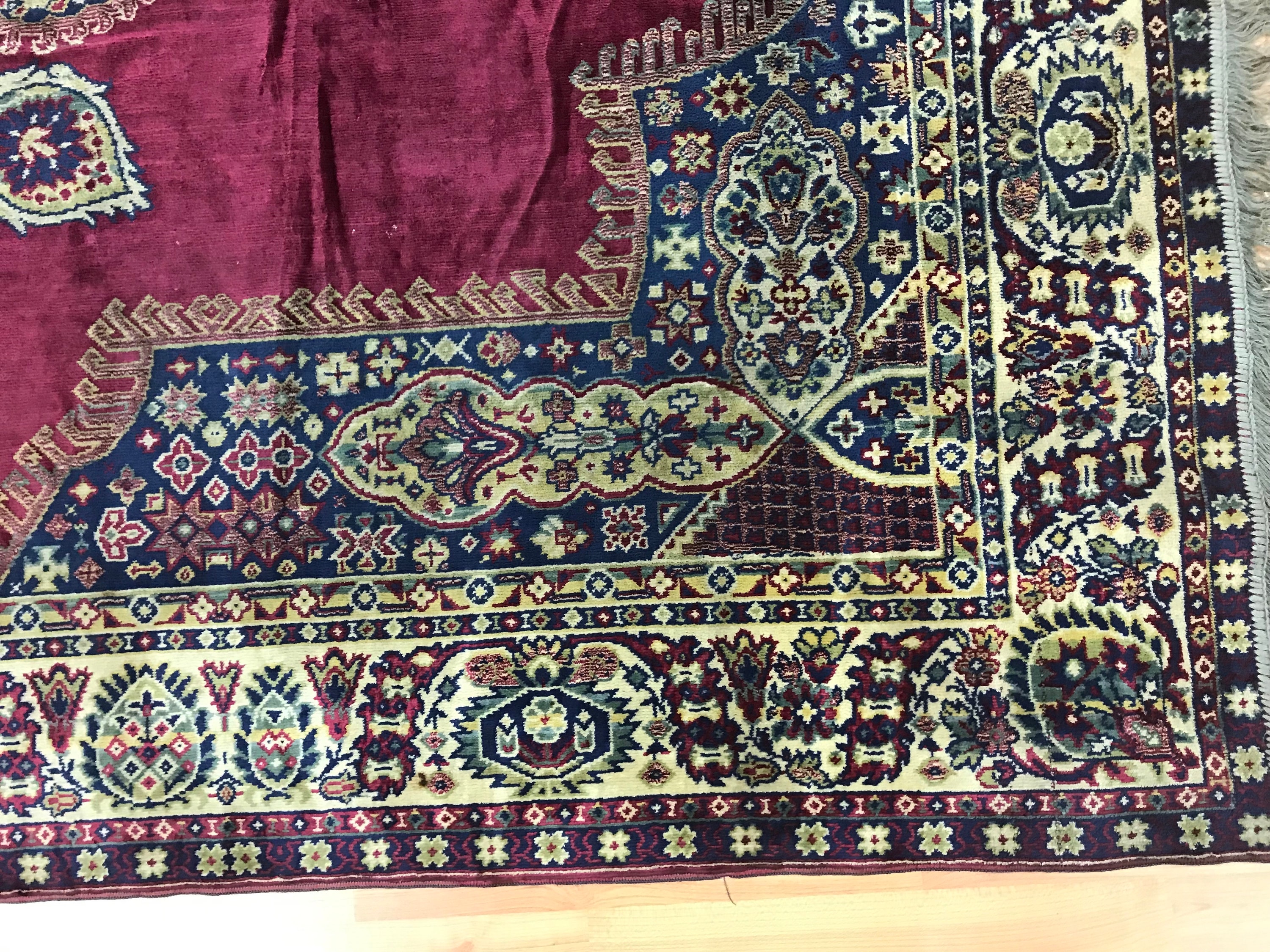 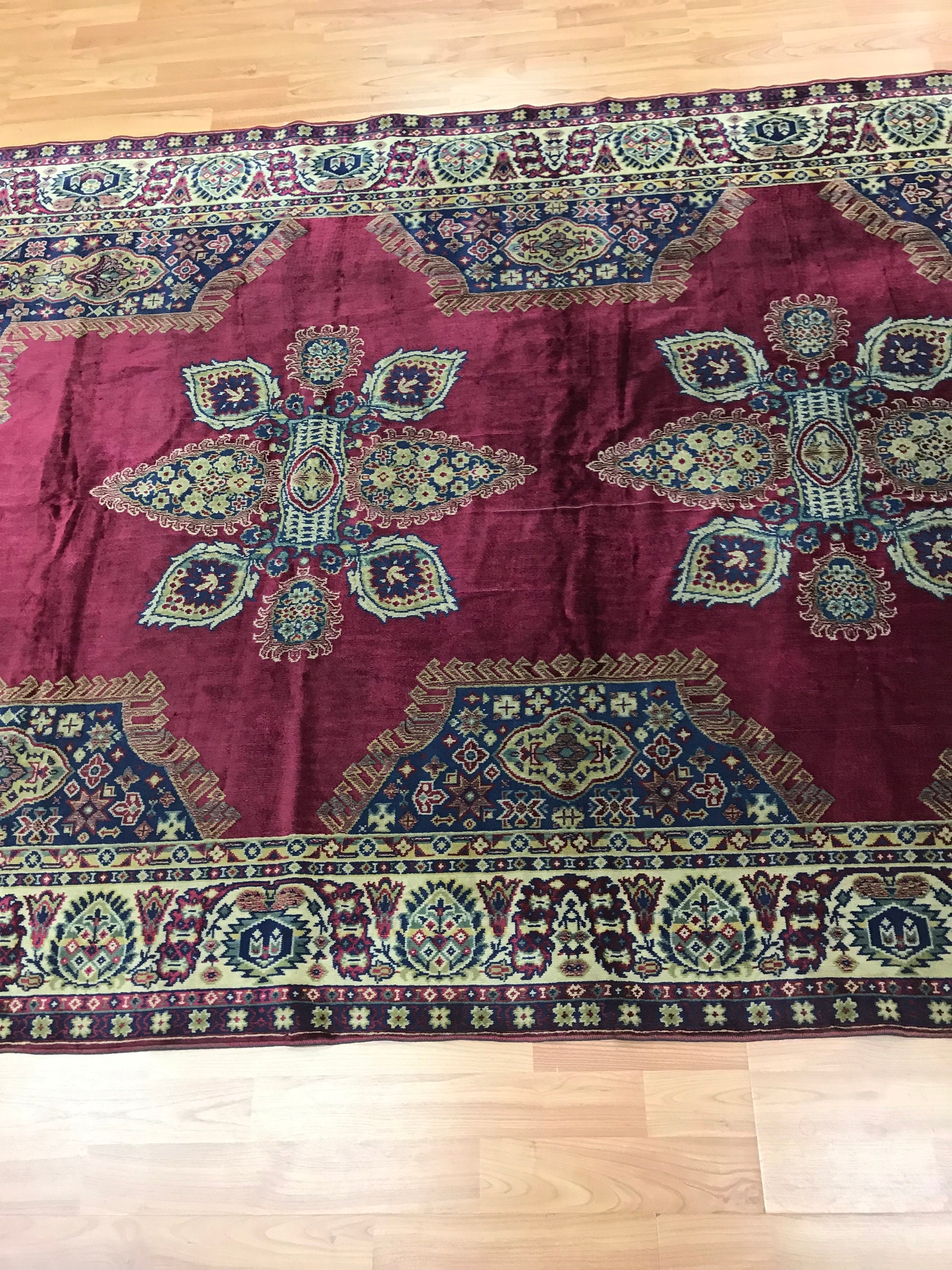 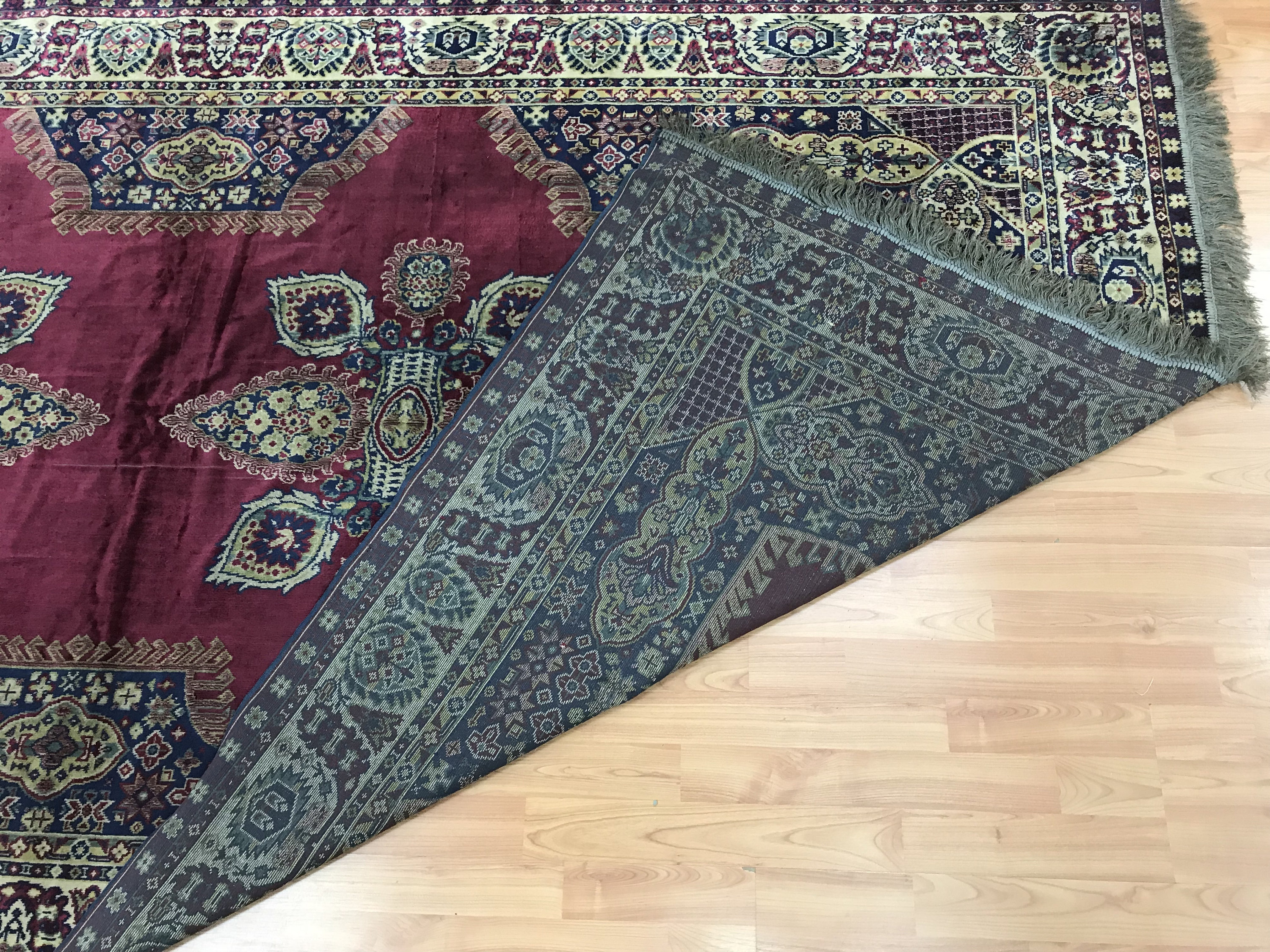 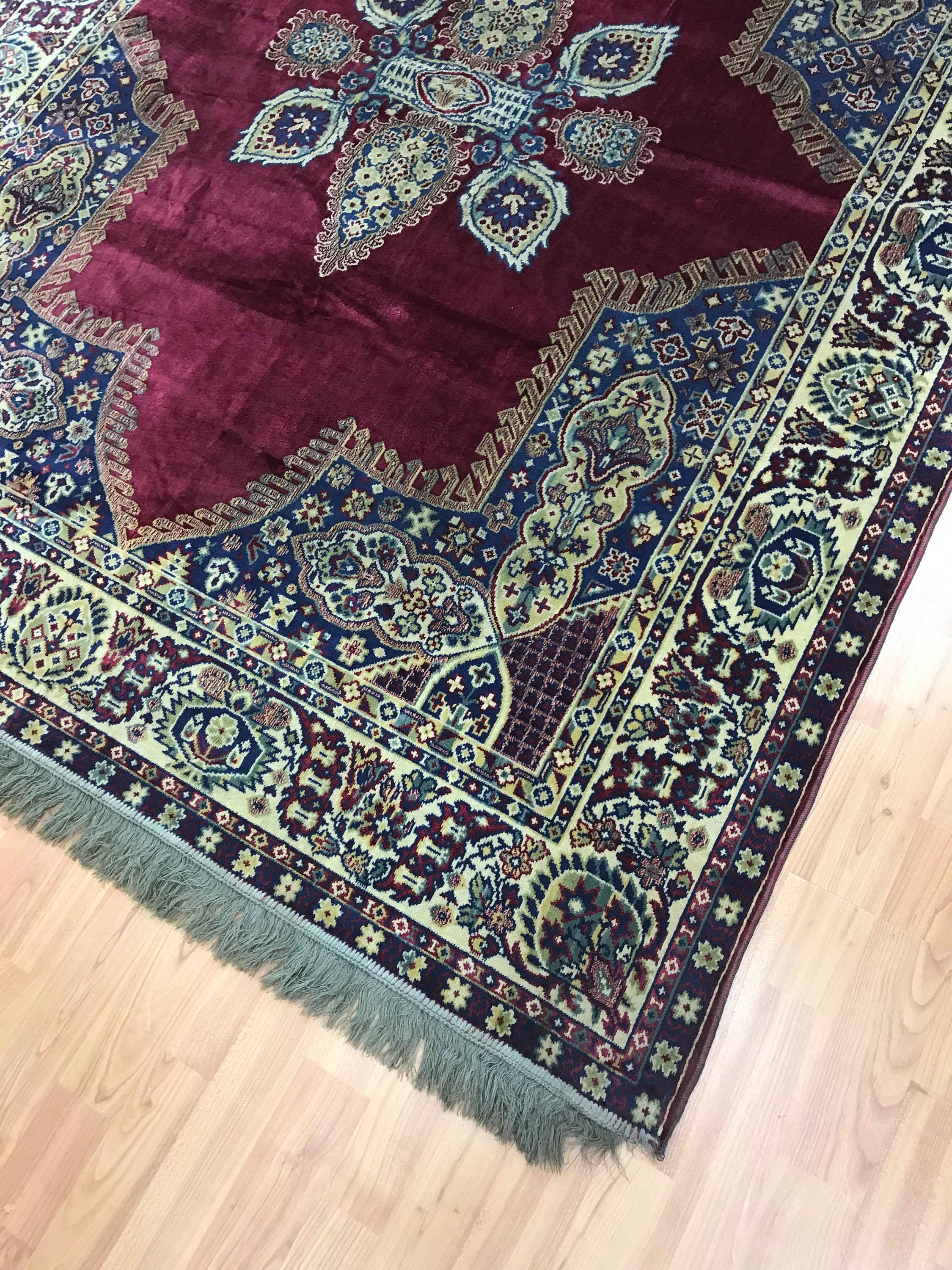 This is a gorgeous Oriental rug is a 4'9"' x 8'9" Turkish Serapi Tapestry, circa 1970s. This hand made Turkish tapestry is very fine, is made with 100% wool and is in good condition. This rug will need padding under it if it is used on hardwood floors.