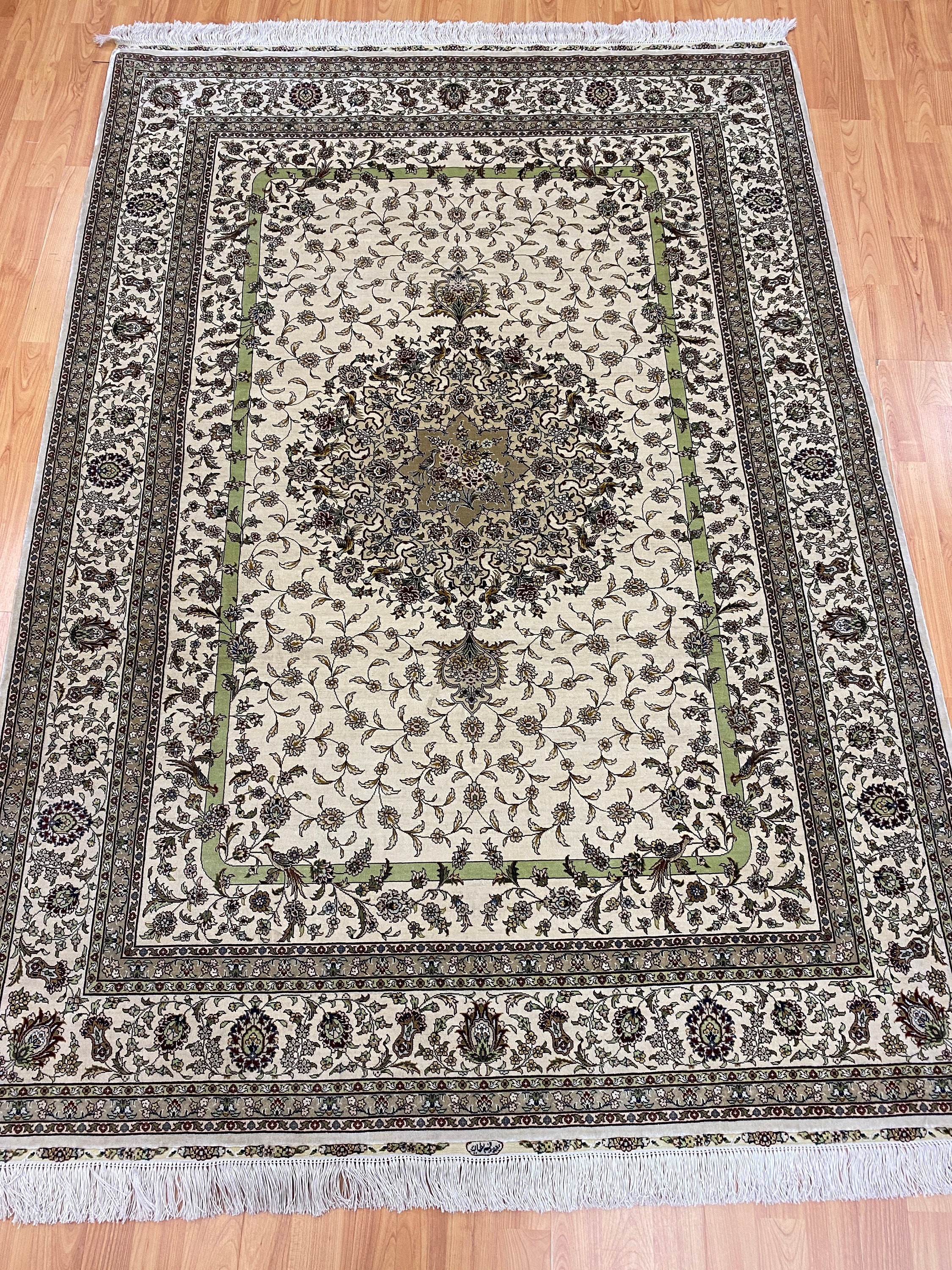 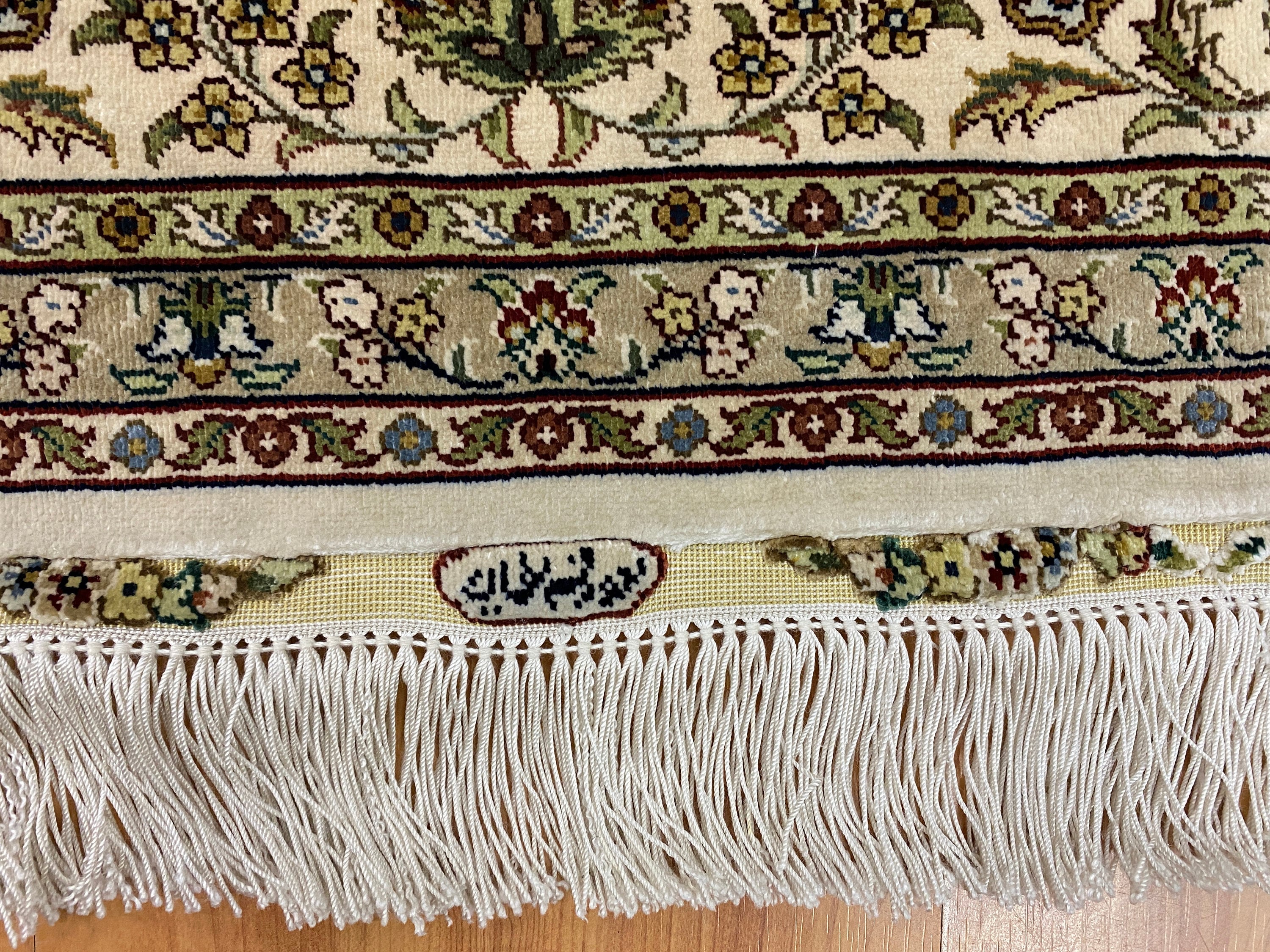 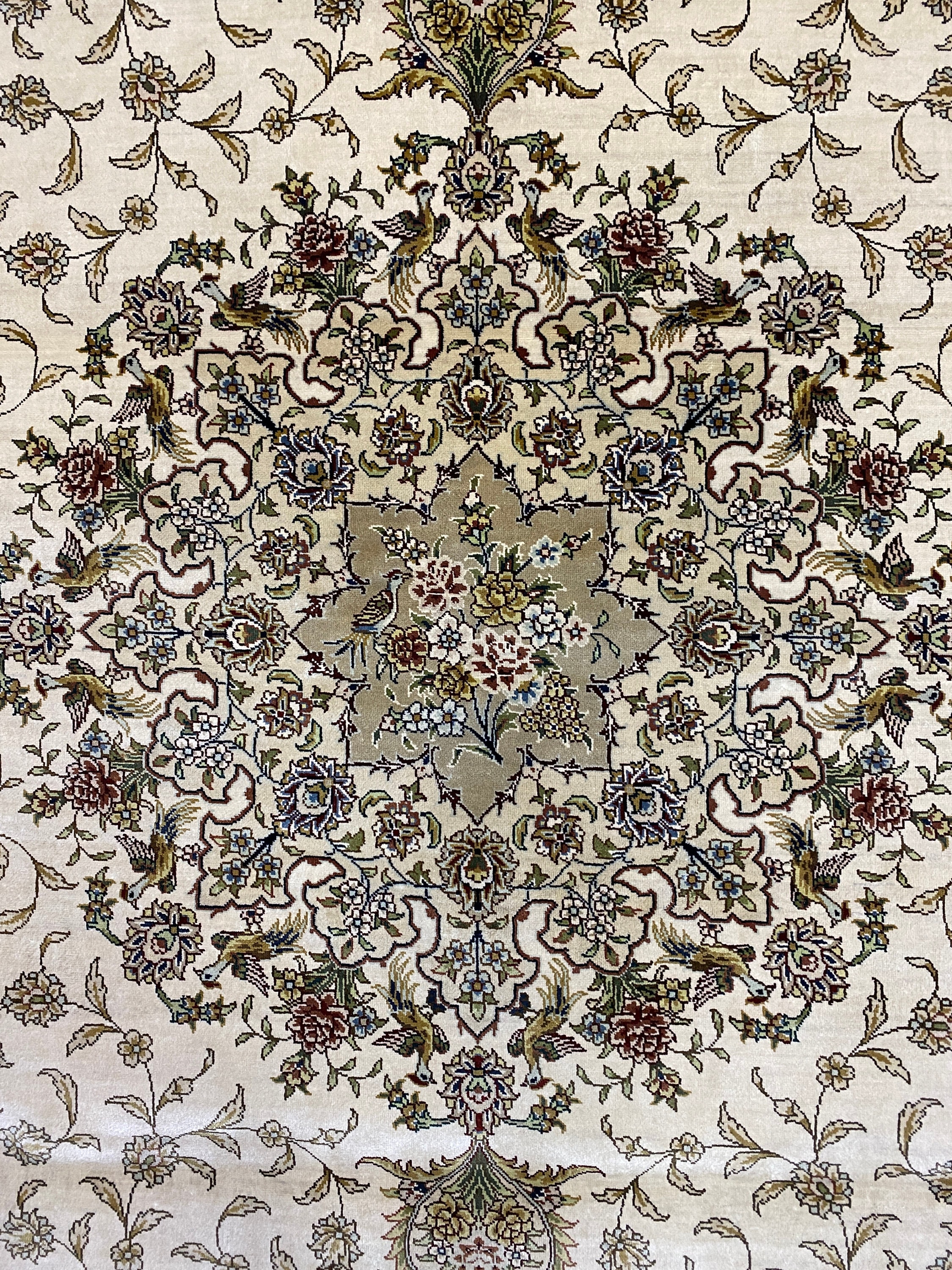 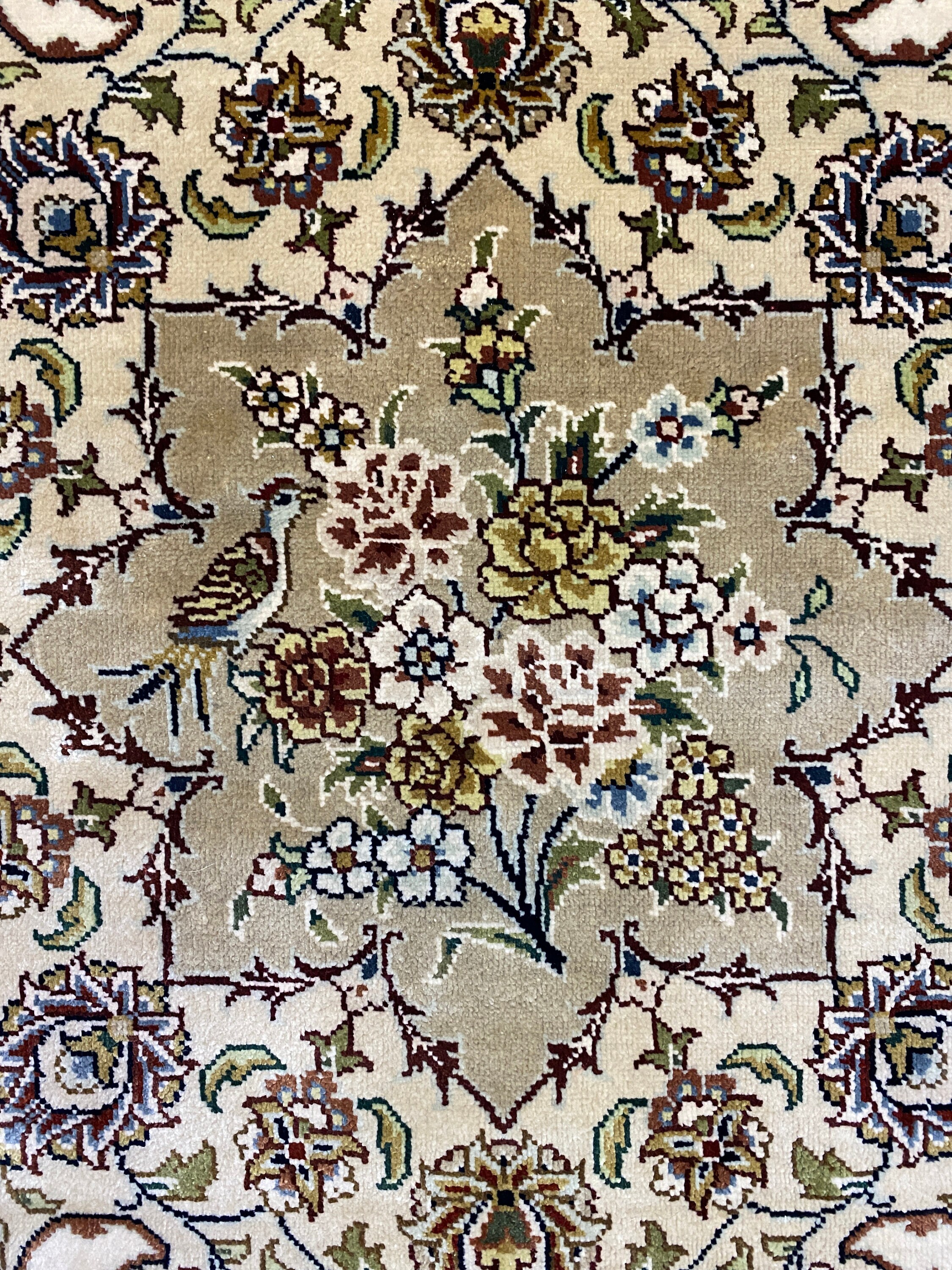 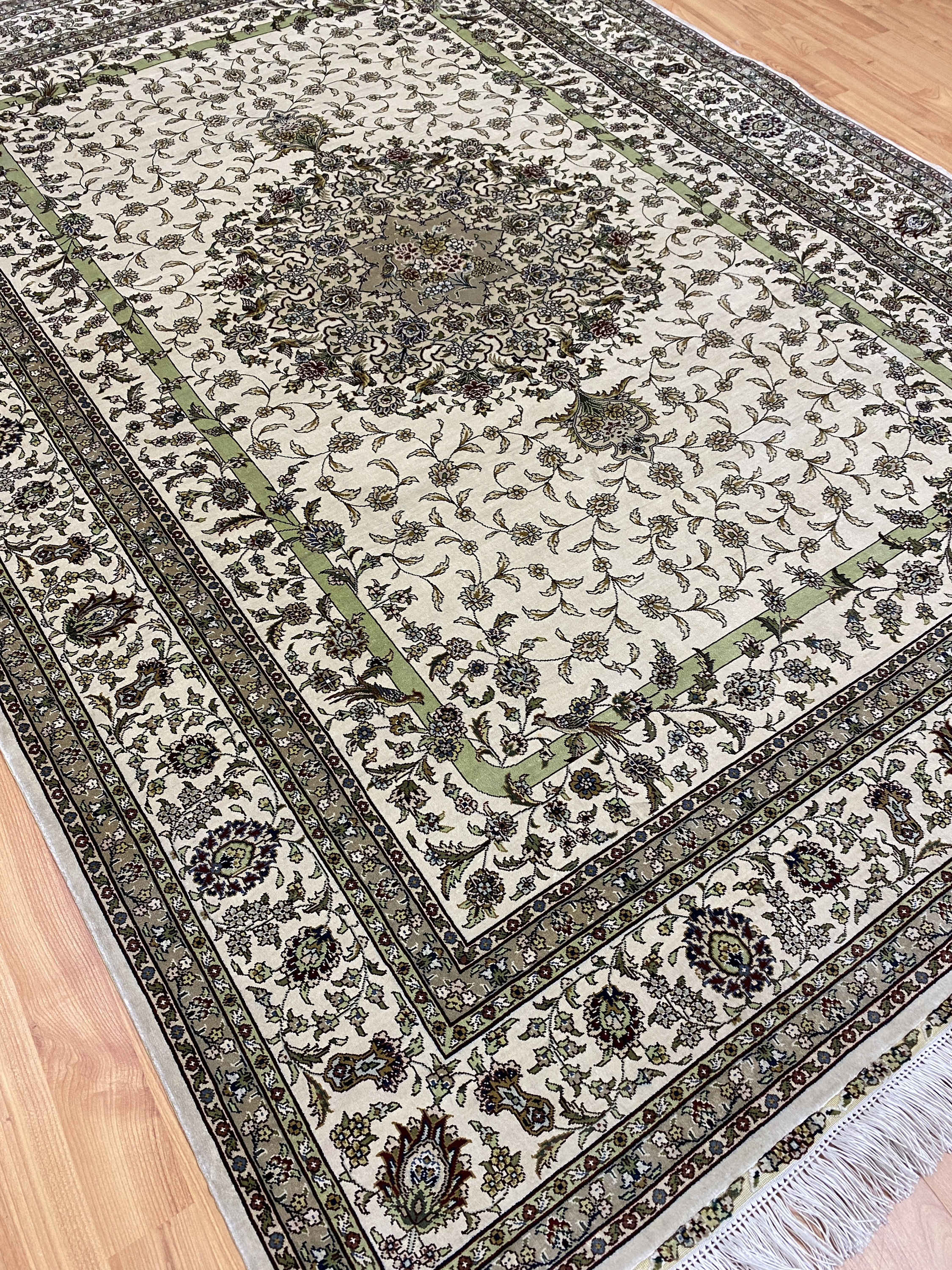 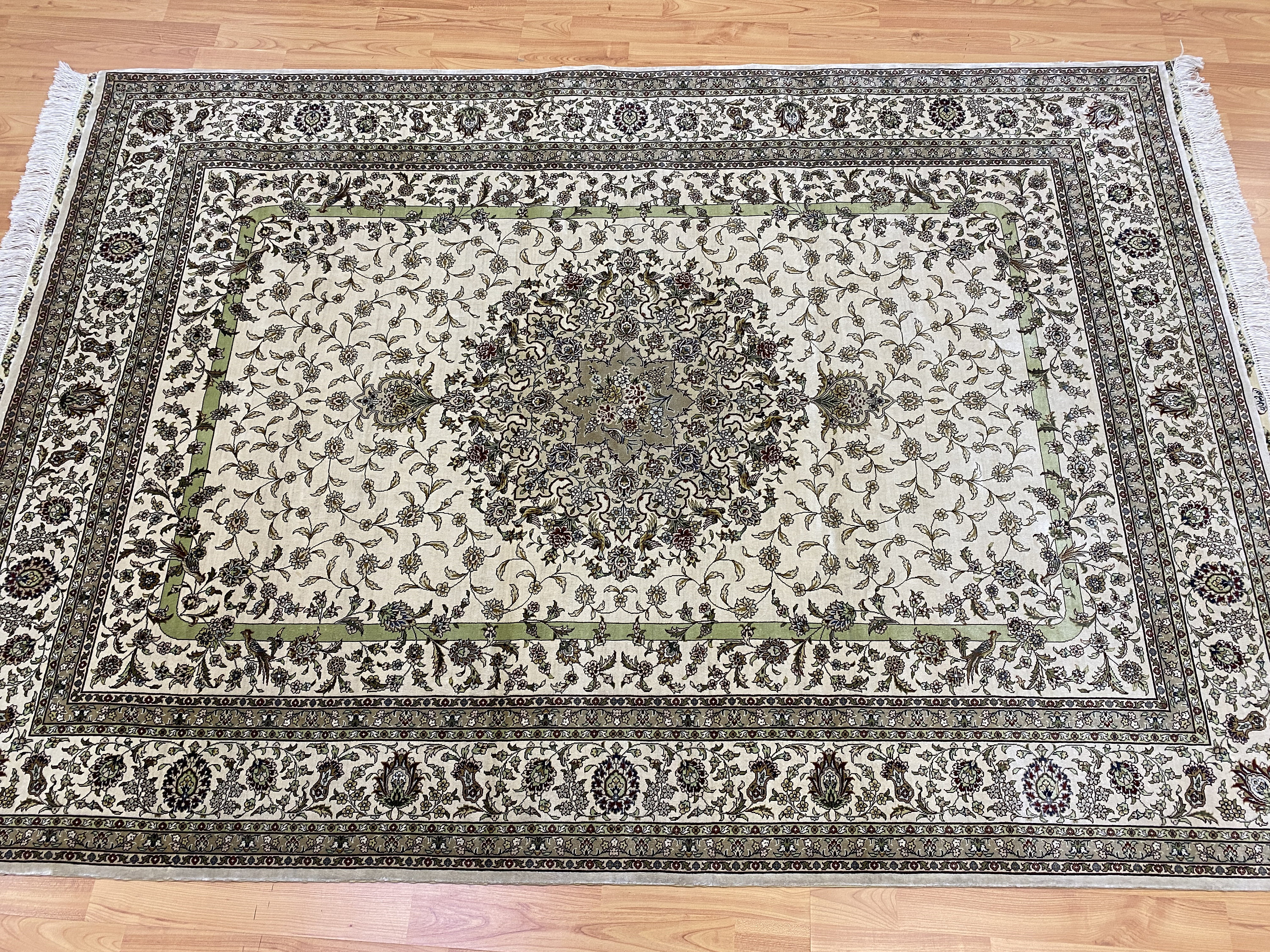 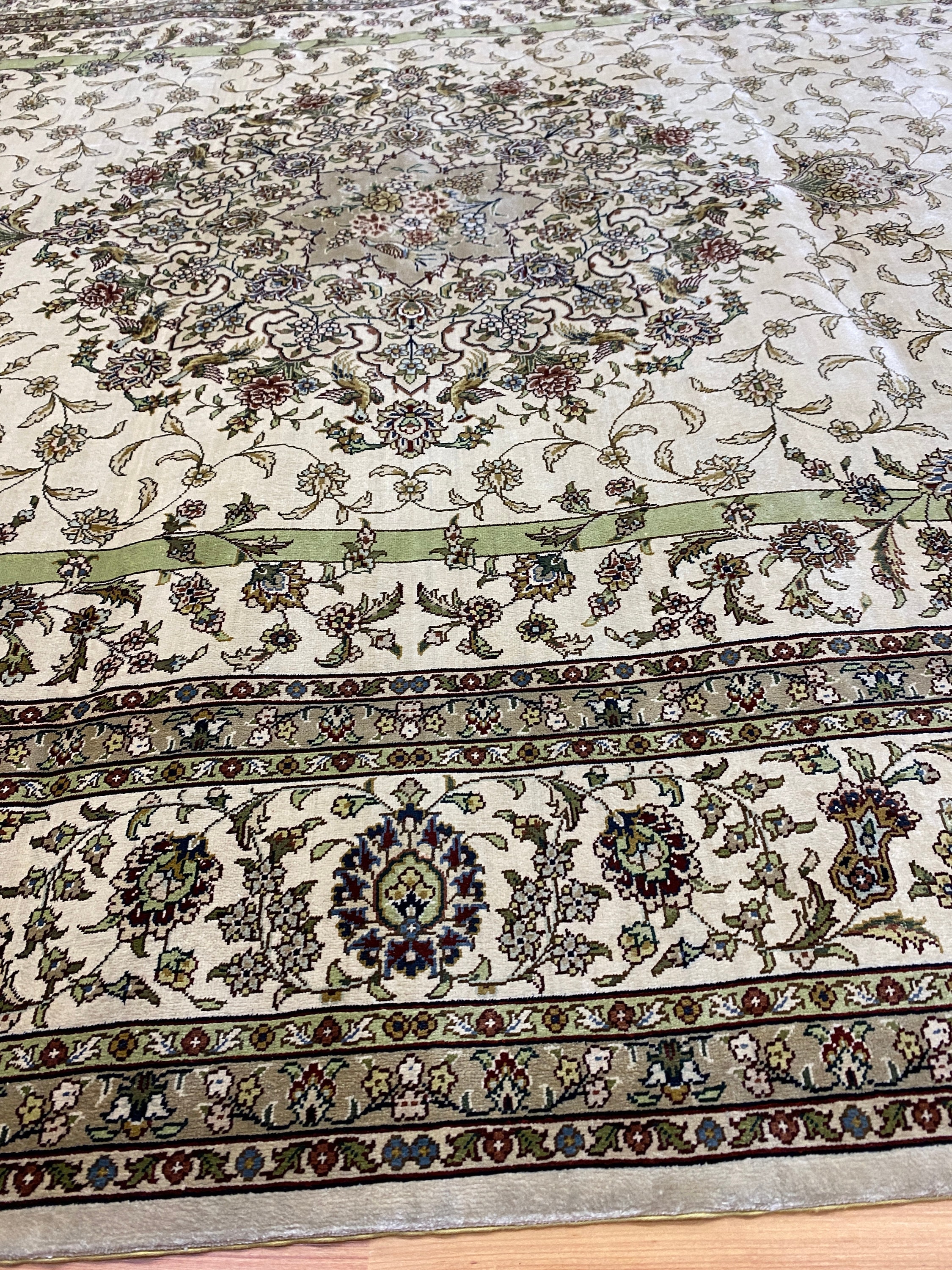 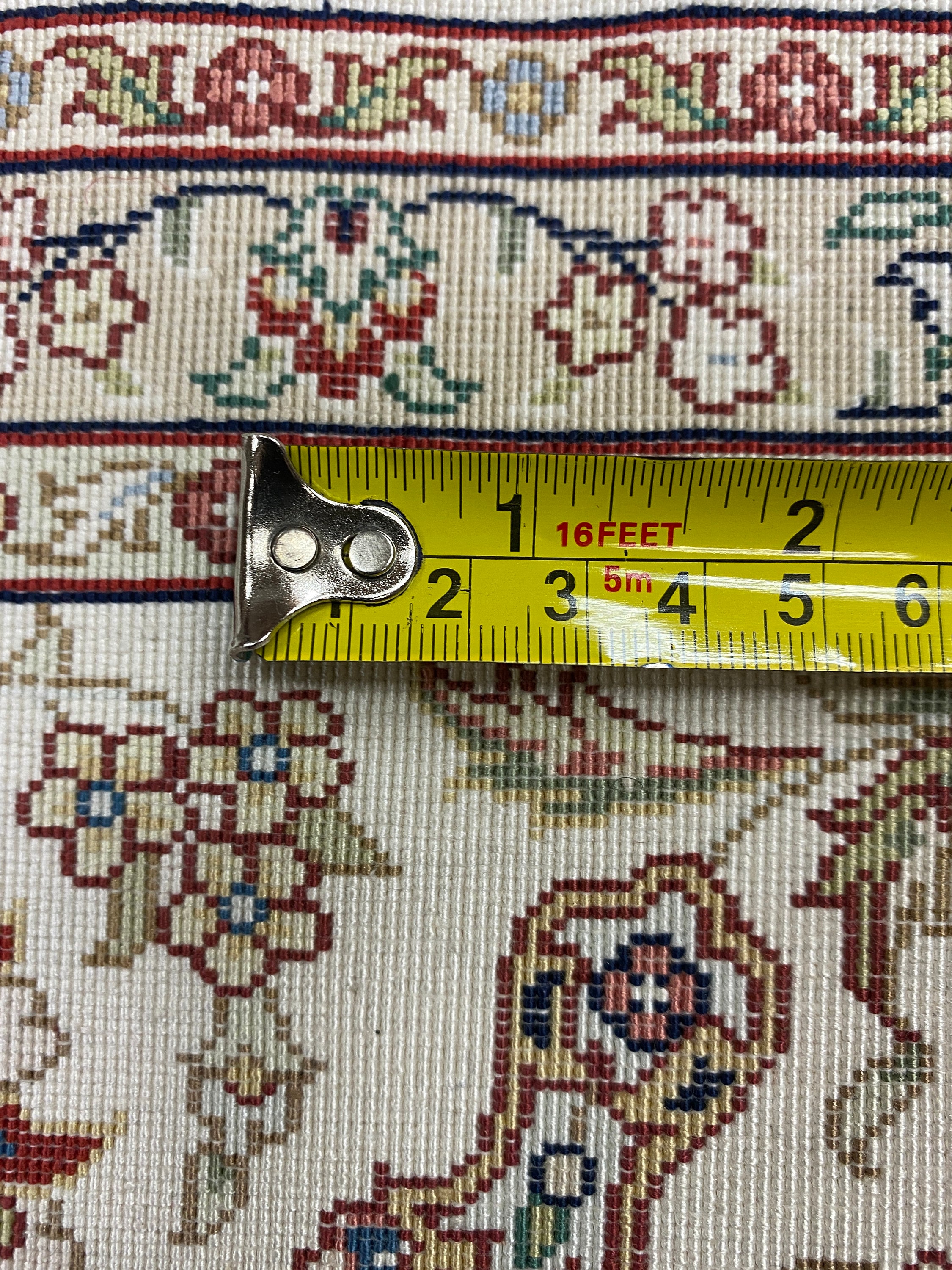 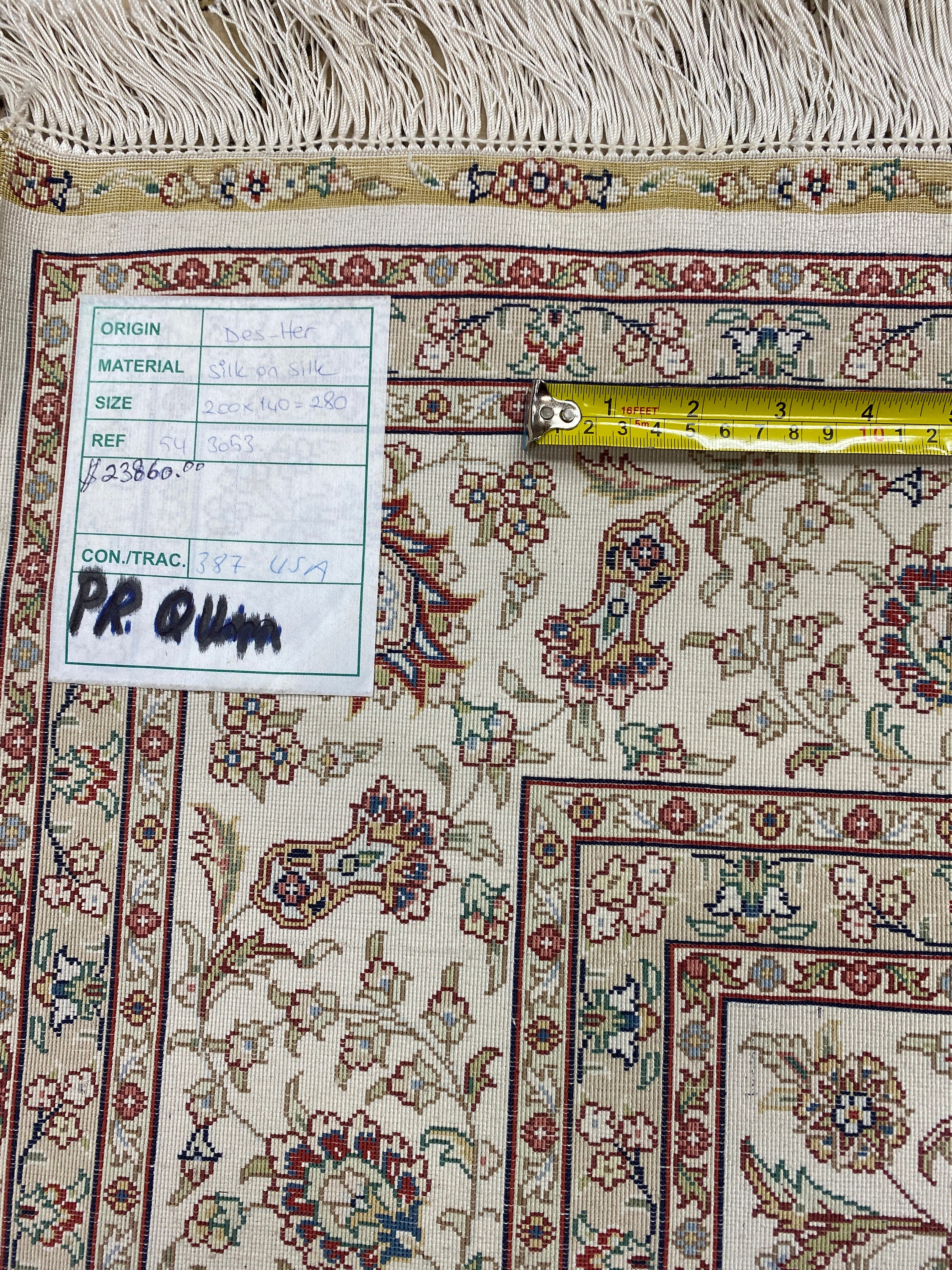 This marvelous Oriental rug is a very fine 4'7" x 6'7" Turkish Hereke. This hand knotted Turkish rug is very finely made with a 100% silk pile on a silk foundation, has a full pile and is in good condition. This rug is made at 600 KPSI (knots per square inch).